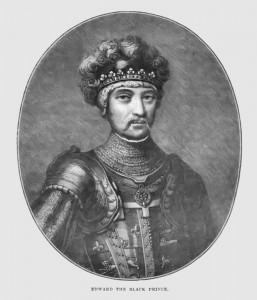 In this episode of the Medieval Archives podcast we discuss Edward of Woodstock. Prince Edward, ‘The Black Prince” was the oldest son of King Edward III. He proved to be an exceptional military leader during the Hundred Years War. We discuss his personal life, his outstanding military career and the major campaigns he fought. We will also look at his influence in popular culture since his death.