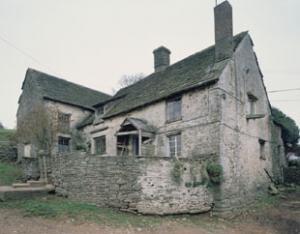 The future of the most significant inhabited building at risk in Wales is now secure.

Almost £700,000 has been pledged in funding to secure Llwyn Celyn, a Grade 1 listed medieval hall house in Stanton, near Abergavenny.

The National heritage memorial fund and Cadw will inject a total of £670,000 into the building in the Llanthony Valley which will allow Landmark Trust to buy the building and its farmstead from private ownership.

Llwyn Celyn lies less than six miles away from Llanthony Priory and is believed to date back to the late 15th century. It represents the key developments in Welsh architecture between the 15th and 18th centuries.

It is an example of the development of the British manor house, representing all key developments in British domestic architecture.

The Landmark Trust is a building preservation charity which rescues historic and architecturally interesting buildings from dereliction.

Once under the Trust’s ownership it will begin researching the history of the building as little is known about it.

The organisation will begin raising funds for the restoration and once complete, will make the house available for rent as holiday accommodation.

It aims to promote the enjoyment of the building and preserve the landscape.

Peter Pearce, Landmark Trust director said: “These grants are crucial in enabling us to safeguard this outstanding piece of Welsh and British heritage.”

“Without it, there is a real chance this rare building will be lost forever.

The importance of Llwyn Celyn in helping us understand the development of high status Welsh houses more fully cannot be understated,” he said.