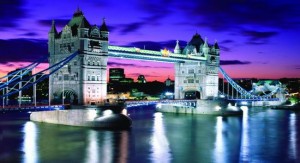 Filthy Cities will be presented by Dan Snow and will bring to life the histories of London, New York and Paris. Snow will discover how these places went from being filthy cities to modern metropolises.

Using CGI, he will travel back in time to uncover the battle against filth during each city’s defining era – medieval London, revolutionary Paris and 19th-century New York.

Snow will investigate professions such as the medieval muck-raker, responsible for clearing tonnes of excrement from London streets; the pig handler helping to clear the New York streets of waste; and the Parisian undertaker, trying to cope with the human cost of a bloody revolution.

Another new series called Oz And Hugh Raise The Bar has been announced. The show will follow wine expert Oz Clarke and comedian Hugh Dennis as they set up two competing bars exclusively serving local produce.

The pair will travel the UK and Ireland to discover the best British drinks and snacks and purchase them as stock for their respective bars. They will also look for unusual offerings such as pub games and British spirits.