Take a tour of Cardiff’s past 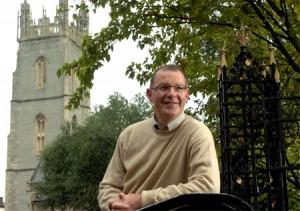 Did you know there was once a royal tennis court in the Hayes, a port in Westgate Street and an enormous tea party was held in Cathays Park before City Hall was built?

Few of us know the full extent of Cardiff’s history, hidden from view along the familiar city centre streets.

But in two guided tours this month, a local historian will uncover some of the capital’s best-kept secrets.

One walk will explore the old and new buildings in The Hayes while the other will take in the history and architecture of the Civic Centre.

Jim Cowan, of Cardiff History and Hauntings, said: “People tend to forget that there was a thriving town here in medieval times, and I hope I can give people a sense of what it might have been like then.”

It’s hard to imagine green open fields where the civic buildings are today. The tour will transport participants back to 1881, when the Bute family was persuaded to throw a party for the people of Cardiff following the birth of the heir and first son of the Marquis of Bute.

Referring to an old report from the Echo’s sister paper The Western Mail, Mr Cowan said: “The party consisted of tables that were five miles long – that is an exaggeration probably, but an enormous party was held to celebrate the birth of John, who became the fourth Marquis of Bute.

“In 1896 on that site again, a fantastic exhibition was held to show the world that Cardiff had arrived. They had a huge pavilion built – it was said that one million people came to see the exhibition. They had recreations of medieval Cardiff, a huge lake which recreated the story of Santiago and a jungle with live creatures – all these things happened on the street before the civic buildings were built.

“Rumour has it that the rivalry between the corporation and the Bute family was such that the City Hall clock tower is slightly taller than Cardiff Castle’s clock tower, and that also might explain why it has a louder bell.”

The Hayes also reveals an abundance of facts about different areas.

The civil servant-by-day said: “What we have are street names that actually go back as far as Norse. Wharton Street is believed to be derived from the Norse or Old English for Wharf Town, because the river was so much closer than it is now. The port was right on Westgate Street.

“As for the Hayes the medieval name comes from the Old English for something like hedgerows. It was open land and was used for crops, and the name stuck.”

The 44-year-old said: “There is a pub which stands on what was, a couple of hundred years ago, a tennis court for royal tennis. At one point a condemned prisoner played a game of tennis while in confinement.”

Other highlights of the tour include visiting the beautiful tiled corridor in the Old Library, which has rarely been open to the public.

Coun Nigel Howells, Cardiff council’s Executive Member for Sport, Leisure and Culture, said: “We have opened up buildings for Open Doors in recent years, most notably the tiled corridor in the Old Library, which people will soon be able to access more freely once the new city museum is open.

“But we’re really pleased to be able to offer something different this year with these walks because we know there’s a lot of interest in the city’s history.”

The Historic City Centre walks on Saturday, September 11, start at the Tourist Information Centre in the Old Library at 10am and 11.30am. The Civic Centre walks starts from the National Museum steps at 2pm and 3.30pm.

The walks are free and last for about an hour but places are limited. Please book through the Tourist Information Centre on 029 2087 3573, or e-mail visitor@cardiff.gov.uk

Mr Cowan is also preparing the Llandaff Ghost Walk, which is due to start on Thursday, September 16.