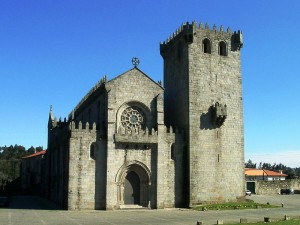 Medieval fair in Matosinhos celebrates every year the the old Santiago pilgrimage passage, were in the XII century the military order of St. John of Jerusalem decided to choose the Leça do Balio Monastery has it´s headquarters.

Placed by the ancient roman road that connected Porto and Braga, the Leça do Balio Monastery is still a mandatory reference for those pilgrims who in this region still travel the “Santiago Roads”. Classified by UNESCO as a ” Cultural humanity itinerary”, they are like in the past, beyond it´s religious calling, providing a strong cultural, artistic and recreational enrichment.

Every year the Matosinhos city hall organizes an historical recreation of the old grounds of the monastery, were in the XII century the military order of St. John of Jerusalem decided to choose the Leça do Balio Monastery has it´s headquarters. During the 4 days of the recreation, visitors get a small glimpse of the life in that era and are presented with several events, from jousts to a medieval supper. During this time it is possible to visit the interior of the monastery that is also notorious due the the wedding that was held in 1372 of the king Fernando I with Leonor Teles.