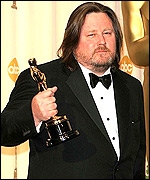 He has Colin Farrell/Keira Knightley/Colin Farrell gangster romance London Boulevard about to hit cinemas, but writer William Monahan has already targeted his next directing job. He’s planning to adapt and shoot a fresh take on Jean Anouilh’s play Becket.

The stage work charts the disintegration of the friendship between King Henry II and Thomas Becket, who served as Archbishop of Canterbury from 1162 until 1170. While the pair initially agreed about the King’s reach with regards to religion in England, their disagreement flared into conflict and Becket was brutally murdered by followers of the monarch.

Monahan’s script won’t be the first version of the play to hit the big screen – Peter Glenville’s 1964 film starred Richard Burton as the titular holy man and Peter O’Toole as the king, and went on to score 12 Oscar nominations, winning the Best Adapted screenplay award for Edward Anhalt’s script.

“It’s an adaptation, or re-invigoration, of an older play, which has already been a brilliant film,” Monahan tells Deadline. “For me, it’s a chance to take on one of the greatest stories in our civilization, a double tragedy with two heroes, each of them paradoxical, each of them brilliant, each of them making mistakes that lead to their undoing. The world of the Plantagenets was very rich and we’ll open the play up into that world and go into the relationships of the Angevin court more than the 1964 film was able to do. To adapt something is to do a literary personalization of a story, so in that sense I’ll be doing a very different Becket.”

Tackling a story that has already been made into an acclaimed film is not for the faint-hearted. And it doesn’t always work out for the best – just ask All The King’s Men writer/director Steven Zaillian, who saw his 2006 version of the movie get stabbed repeatedly by critics and bleed out at the box office…