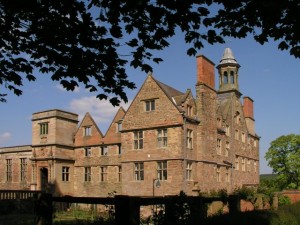 It is more than 800 years old and shows how some of the land at Rufford Abbey was divided up in the 12th century.

The medieval charter dates from the 1180s and confirms transfer of land at the Abbey.

The parchment shows Henry II gave away some of the site to Osbert de Capella and his wife Emma.

And now the charter has come home to Notts.

It was bought by the county council’s archives section at auction in London from a private collector for about £3,000.

Mark Dorrington, assistant head archive, heritage and record manager, said it was rare for a document so old to come on to the market.

He said: “It shows nine bovates of land in Eakring being granted to Osbert of Capella, and his wife Emma.

“Osbert was one of Henry II’s sergeants. It looks like it is confirmation of an even earlier granting of the land. The land belonged to Rufford Abbey but ended up back with the Abbey at some point.”

A bovate is the area of land that could be ploughed by an ox in a day.

Read the full article at this is Nottingham