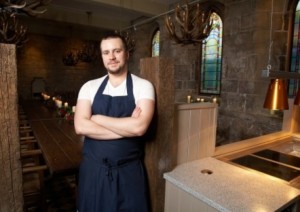 A medieval banquet hall has been restored to its original glory – thanks to a South Tyneside design company.

The restaurant is one of the oldest dining rooms in the UK, dating back to 1239, and the hall was the celebrated venue used by King Edward III for receiving Scottish king Edward Balliol.

RDA has helped to fully restore the hall to its original appearance, and also installed necessary modern additions such as a bar, kitchen, lighting, under-floor heating and toilets as part of the meticulous year-long project.

The bar and kitchen are both hidden behind reclaimed wooden screens, and furnishings include large oak communal dining tables and matching chairs.

Judith Addyman, director of RDA, who lives in South Tyneside, said: “We have been delighted to work with Blackfriars on such an impressive, historically significant restoration project and we’re very proud of the finished result.”

Read the full story at The Shields Gazzette