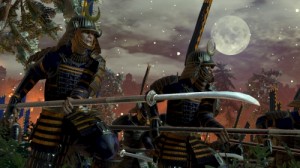 Any PC gamer who plays strategy games should be very familiar with the Total War series. Since the first installment, which came out back in 2000, Total War games have been continuously praised by critics and fans alike. With each iteration, the series gets better and better and on March 15th, the latest Total War game is going to be released, Total War: Shogun 2.

The series is returning to 16th century Japan and is promising gamers a unique and exciting strategy game experience. Significant changes to the core gameplay have been made and the developers over at The Creative Assembly are promising one of the most pleasing Total War games yet. With the game hitting store shelves soon, we thought we’d reach out to the guys at The Creative Assembly and talk to them about Total War: Shogun 2.

We Got This Covered: First of all, thank you for taking the time to talk to us. Why don’t you introduce yourself?

WGTC: Aside from being graphically stunning and set in Japan, what makes Shogun 2 different from all the other Total War games?

CL: Where to start? This time round we have skill trees for each of the characters on the campaign map. That means you can customise exactly how each of your characters develop as you play through the game, meaning there’s scope for virtually limitless variation. Add into the mix the fact that we now have land present in sea battles and you can see why we’re excited about Shogun 2.

WGTC: Over the years we have seen the battles in Total War games increase in size. For Shogun 2 how many units can we expect to see on screen at once?

CL: Well, that depends on how fast and powerful your PC is. The engine can theoretically handle 56,000 men on screen at once, which is absolutely epic. Typical battles will feature fewer men than that, but the short answer is “thousands and thousands”. When you look at how we’ve cranked up the detail level on each of those men, too, it’s quite a technical achievement – and one of our unique selling points.

Read the full interview at We Go This Covered