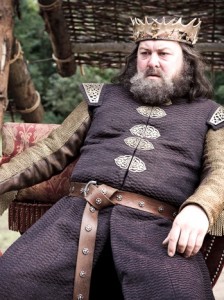 2.2 million viewers tuned in Sunday for the well-reviewed HBO series.

HBO has renewed Game of Thrones for a second season after Sunday’s premiere was watched by 2.2 million viewers. (It jumped to 4.2 million gross across three back-to-back plays).

“We are delighted by the way David Benioff and D.B. Weiss have brought George R.R. Martin’s amazing book series to the screen, and thrilled by the support of the media and our viewers,” says HBO programming president Michael Lombardo. “This is the continuation of an exciting creative partnership.”

The series, based on the fantasy book series “A Song of Ice and Fire” by George R.R. Martin, is an important piece of HBO’s continued rebuild, which explains the pay cabler’s decision to shell out more than $50 million on the lavish production. Though viewership fell short of last fall’s Boardwalk Empire opener (4.8 million viewers), Thrones is already fetching more than $2.5 million per episode overseas and drawing critical raves.

Read the full story at The Hollywood Reporter