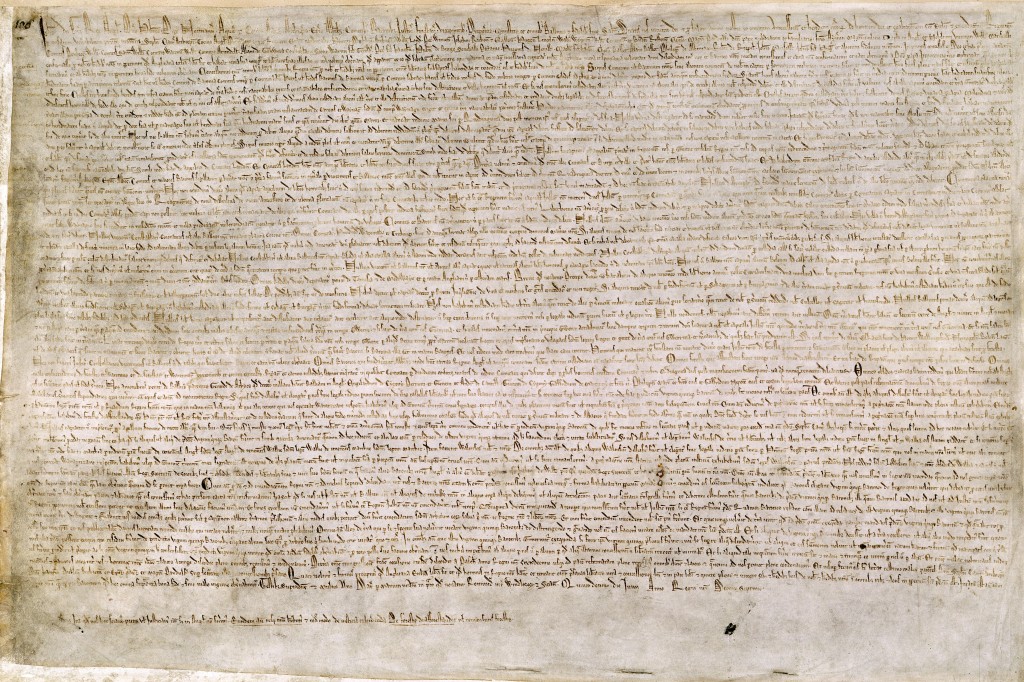 Today is the 796th anniversary of the “signing” of the Magna Carta by King John. King John’s reign can be summed up thus: high taxes, unsuccessful wars, and conflicts with the Pope, making him an unpopular King with the Barons. The barons forced King John to agree to a document later known as the ‘Articles of the Barons’, his Great Seal was attached in the meadow at Runnymede. It would only take King John a few months to invalidate the charter, with the help of Pope Innocent III and incite the First Baron’s War.