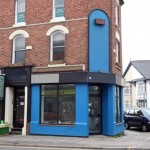 A medieval theme bar could soon open on the site of a former Northampton estate agents.

Businessman Paul Hepworth was yesterday granted a licence by Northampton Borough Council to run Olde England on the corner of Kettering Road and Hood Street near the Racecourse.

During a 90-minute hearing at the Guildhall, Mr Hepworth told the council’s licensing committee, the bar would serve a mixture of medieval food and real ales and be a base for people to play chess.

He said: “I want to run it as a coffee and tea shop in the day then as a real ale and cider bar. There’s nothing else like that in Northampton.

“We’ll not be serving lager or alcopops. It will be a place for people to play chess and board games and eat traditional English food, mainly from the medieval period.”

Some people who live close to the proposed bar expressed fears about an increase in noise and nuisance problems.