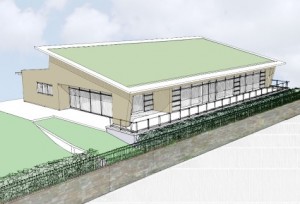 A report by Shropshire Council’s Archaeology Service is recommending that a field evaluation is carried out to determine exactly what is below a piece of land at the college in Priory Road.

The area earmarked for the building is thought to have once been part of a cemetery for the Augustinian Friary, known as the Austin Friars, which established its first house in Shrewsbury in about 1254.

Archaeologists say the area has been identified by the Shrewsbury Urban Archaeological Assessment as a “key site” for the recovery of skeletal remains which could provide information on cemetery populations.

The report, produced for the college, says: “The western part of the site, now occupied by SSFC and a children’s playground in The Quarry park, appears to have been the friary’s burial ground.

“It is considered that the cemetery will contain a closed group of remains that would yield data on population and demography, disease and pathology.”