The Sims Medieval, there’s an app for that

22 September 2011 Archivist Entertainment & New Media Comments Off on The Sims Medieval, there’s an app for that 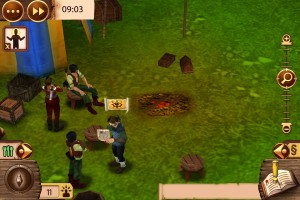 The life of a peasant in the Middle Ages is not the first place I’d think the primarily consumer culture-driven The Sims franchise would explore, but in a strange way it makes some sort of sense.

Much like its modern counterparts, The Sims Medieval is about trying to push your little virtual person up the social ladder. But, rather than do this through the acquisition of bigger TVs and nicer bathroom suites, you’ll be moving up the social classes in an effort to be king or queen of the realm.

While earlier The Sims experiences on iPhone have only witnessed incremental adjustments to the mobile versions of the series, Medieval promises far more sweeping changes – not just to how the game looks, but also to the day-to-day life functions of your little Sim.