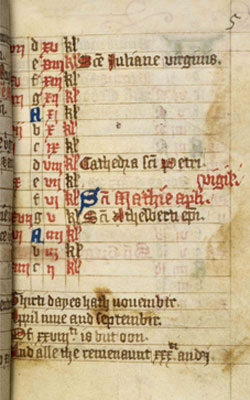 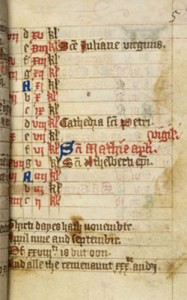 It is one of the most popular and oft-repeated rhymes in the English language, serving to remind countless generations how many days there are in each month.

Now a Welsh author claims he has unearthed the medieval origins of the verse Thirty Days Hath September.

The rhyme has been passed down in oral tradition but Ceredigion writer and journalist Roger Bryan says he may have traced it as far back as 1425.

Two transcripts of the rhyme – one in the National Library in Wales in Aberystwyth and the other in the British Library in London – could hold the key to the rhyme’s ancient origins.

They were discovered by Mr Bryan while he was working on the second edition of his book on mnemonics, It’ll Come In Handy One Day.

The poem, revealed to the public for the first time in around 600 years, is in a handwritten volumecodex from the early 15th century, dating the written reference to 20 years either side of 1425.