The good folks over at Battle Castle have outdone themselves! First they create a show about medieval castles, then they give us great medieval recipes to enjoy and today they released over 60 pictures of the castles.

But not just any pictures, these are in 3D! (click on the pictures to embiggen them) 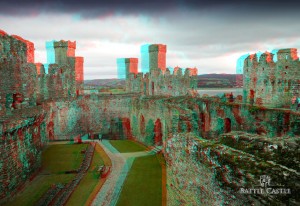 All you need to view these photos in all their 3D glory is a simply pair of red/blue(cyan) glasses. I picked up a pair for $5 at the local Barnes & Noble. Go to the kids book section and look for Discovery Kids in 3D. Or if you have the patience you can order them on Amazon for $3. 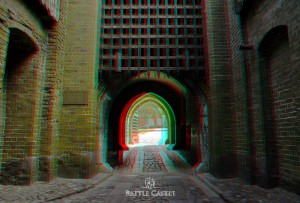 The castles really come to life in 3D. It’s like you are standing there hoping the portcullis won’t slam shut! 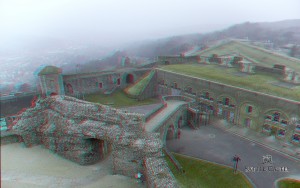 The birds eye view of Dover gives you the feeling of standing atop the castle over looking the country side.

I know what your thinking, it doesn’t get much better than this…Oh yes it does! They also released a 3D video of Dover Castle! It is recommended that you view it on a 3D capable monitor, but I thought it looked amazing on my regular monitor with the 3D glasses. (Your results may vary)

Do yourself a favor, grab some 3D glasses and head over to the official Flickr site to view all the pictures. For the best viewing put your internet browser in full screen mode (F11 for IE, Firefox and Chrome browsers) and then watch the slide show. You won’t be disappointed. 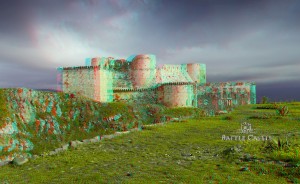 Battle Castle brings to life mighty medieval fortifications and the epic sieges they resist: clashes that defy the limits of military technology, turn empires to dust, and transform mortals into legends.

Castles conjure thoughts of romantic tales, but make no mistake, they are built for war.

As siege weapons and technology become more ruthless, the men who design and built these castles reply … or perish. Follow host Dan Snow as he explores the military engineering behind these medieval megastructures and the legendary battles that became testaments to their might.

Each episode will climax in the ultimate test of the castle’s military engineering – a siege that will change the course of history. Which castles will be conquered and which will prevail? You’ll have to watch to find out.

But the journey doesn’t end there –in fact, it’s just beginning. Battle Castle extends into a multi-platform quest, taking us deep into the secret world of medieval warfare and strategy. Become the ultimate ‘Castle Master’. Stay tuned for more on the Battle Castle experience.