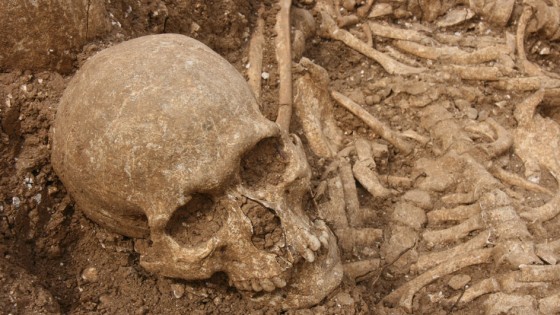 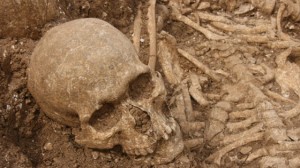 A mass grave found in Dorset could belong to a crew of Viking mercenaries who terrorised Europe in the 11th century – according to a new documentary on National Geographic which pieces together the story behind the burial.

A crew of Viking mercenaries – some of the fiercest and most feared killers in the medieval world – could be the occupants of a mysterious mass grave in the south of England, according to a new theory.

The intriguing hypothesis is being put forward in a documentary, Viking Apocalypse, which will premiere on National Geographic UK on Wednesday, 25 January, and attempts to piece together the identities of a group of men who were apparently the victims of a horrific mass execution around the turn of the 11th century.

Their burial pit, at Ridgeway Hill, Dorset, was found in 2009 while archaeologists were working in the area ahead of the construction of a new road. In it, researchers made the gruesome discovery of the decapitated bodies of 54 young men. All had been dumped in the shallow grave, and their heads had been piled up on the far side.

Radiocarbon dating revealed that the remains belonged to men murdered at some point around the year 1000. This suggested a connection with the Vikings, because the Anglo-Saxons along the south coast at that time lived under constant threat of Viking raids. Isotope testing on the men’s teeth subsequently revealed that they had indeed come from Scandinavia. But exactly who they were has remained a mystery.