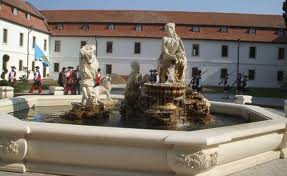 A 5-star medieval hotel, built in Alba Iulia’s historic city storehouse of the city, officially opened on Friday ( June 22 ), following an investment of over EUR 4.2 million.

The medieval hotel was built by Corint Group SA, in the 300 year-old building, near the Third Gate of Alba Iulia’s Vauban Citadel.

According to Corint Group, the new hotel currently has only 22 rooms, less than the number announced previously by the company, and the prices are between EUR 70 and 150 per night. Furniture, bathrooms and decorations are in period style, while from September additional services will be available, including, a spa, an indoor pool, fitness and relaxation rooms, sauna and massage.

The municipality and Corint Group signed a contract for the project in 2006, under which the company has the right to use several buildings in return for10 percent of net profits.