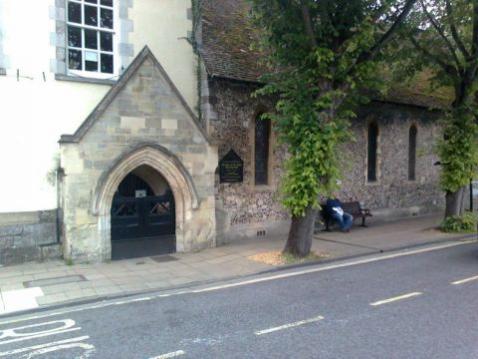 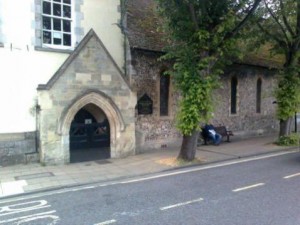 A historic hidden corner of Winchester has opened to the public.

The Chapel of St John the Baptist on The Broadway, is one of the few surviving medieval hospital chapels still standing.

It is owned by the St John’s Winchester Charity which has three almshouses for some 93 people in the city centre.

The chapel is now open to visitors on two days a week: Monday, 10am-Noon and Thursday 2-4pm. Admission free.

Rev Ivor Dowse said, an almshouse resident: “The chapel has until now always been closed except during services. It is of great historic interest.

“Whenever we hold services the public wants to come in and have a look around. Since opening last month many people have look round, the numbers boosted by the chapel being next to the coach stop on The Broadway.