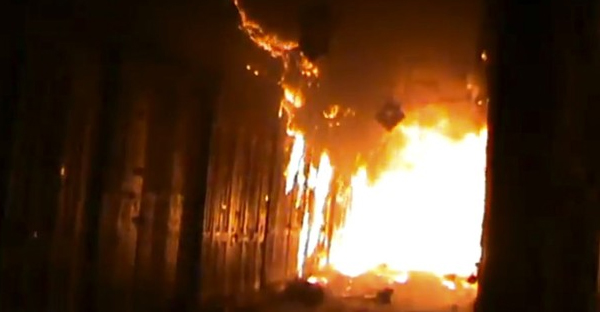 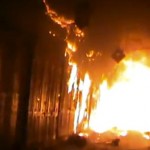 Fires have swept through the medieval marketplace of Aleppo, a district that helped make the heart of Syria’s largest city a UNESCO world heritage site.

Some described the overnight blaze as the worst blow yet to a historic district that helped make the heart of Syria’s largest city and commercial hub a UNESCO world heritage site.

The souk, a labyrinth of narrow alleys lined with shops, was once a major tourist attraction, but has been the scene of near-daily firefights and shelling in recent weeks after rebels who fought their way into the city two months ago pushed toward its centre. Activists say regime troops and snipers have taken up positions in the citadel that dominates the city.

Amateur footage posted online by activists showed flames raging through the stone passageways, the wooden doors of shops crackling in the heat as rebels struggled to put out the blaze with a garden hose. Other videos showed a pall of smoke hanging over the city’s skyline.

The fire started late on Friday amid heavy government shelling, and was still burning on Saturday morning, activists said. One, who is based in the city, estimated that the majority of the neighbourhood’s hundreds of shops were destroyed.