‘A Knight’s Tale’ coming to a TV near you 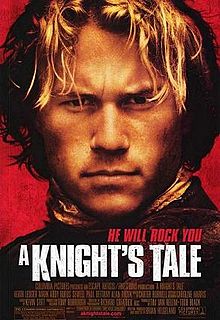 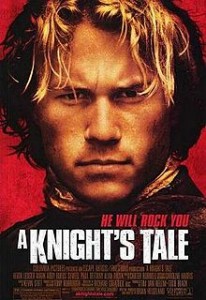 ABC has bought a project from Battlestar Galactica re-creator Ron Moore which readapts the 2001 film.

Named for the story by Geoffrey Chaucer – which was about two cousins fighting for the love of a woman – A Knight’s Tale is a strange amalgam of a historical fantasy and a rock opera.

Heath Ledger, in the role that made him a star, played a squire in 14th century England who decided to join a knights’ tournament, pretending to be a real knight, in an effort to win the tourney prize.

Of course, he falls in love with a girl, and turns into a real knight before the end. Throughout the tale, the characters occasionally stop to sing and dance along with modern rock songs.

That premise will carry into the series. Moore’s plan keeps the central plot, the squire pretending to be a knight, and the gimmick of the rock singing. It’ll be like a rocking, medieval Glee.