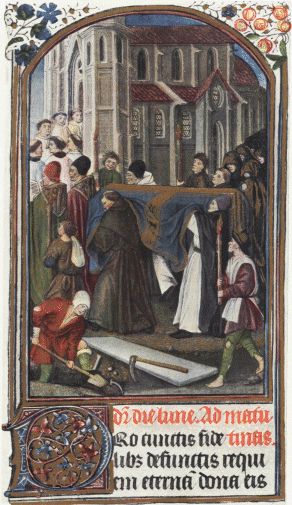 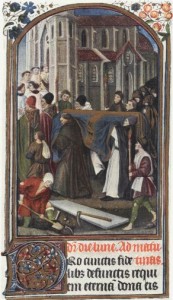 London is built on layers of its own past. Occasionally they poke through to the present, like the old Roman walls and the Temple of Mithras. Now two current construction projects have revealed glimpses of the city’s previous epochs.

Work to build a leisure center at Elephant and Castle has uncovered some 500 medieval skeletons, the London Evening Standard reports. They were interred in 25 crypts. It appears they were relocated into the crypts in 1875 to accommodate a widening of the road but date as far back as the early 14th century. Now new construction dictates they’ll have to be reinterred again. Not even the dead get to rest long in London!

Another project creating a new tunnel for Crossrail at Plumstead has uncovered a much older transport system, the BBC reports. Archaeologists believe timbers they’ve discovered at the site are part of a 3,500-year-old Bronze Age trackway.