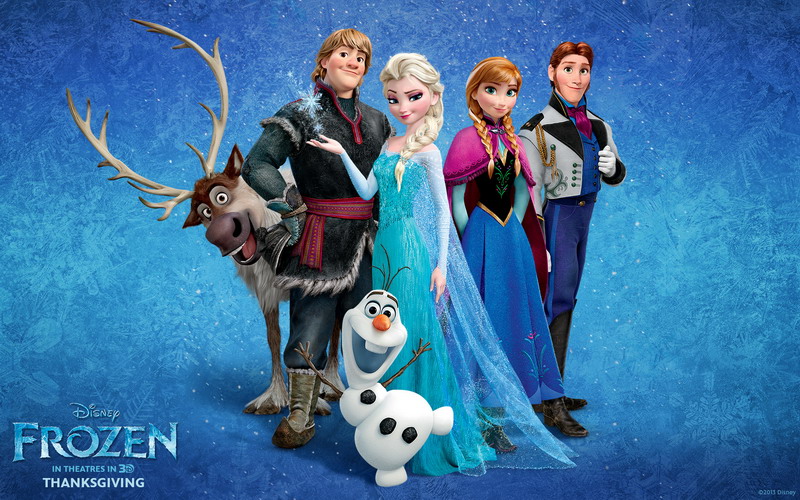 With North America stuck in the midst of an Ice Age it seems like an appropriate time to review the new Disney movie Frozen.

Frozen is loosely based on the Hans Christian Anderson fairy tale The Snow Queen. Set in the medieval Scandinavia land of Arendella, Frozen tells the tale of two sisters Elsa and Anna. 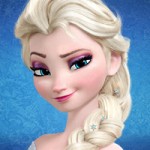 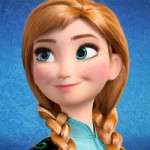 When a prophecy traps a kingdom in eternal winter, Anna (voice of Kristen Bell), a fearless optimist, teams up with extreme mountain man Kristoff (voice of Jonathan Groff) and his sidekick reindeer Sven on an epic journey to find Anna’s sister Elsa (voice of Idina Menzel), the Snow Queen, and put an end to her icy spell. Encountering mystical trolls, a funny snowman named Olaf, Everest-like extremes and magic at every turn, Anna and Kristoff battle the elements in a race to save the kingdom from destruction.

From the start of the movie Frozen grabs your attention and doesn’t let go. It’s wonderfully written and beautifully animated, frozen tundra never looked so inviting! The movie embraces its Disney roots, back to when the songs were as important as the rest of the movie. The songs are great and Idina Menzel (Queen Elsa) and Kristen Bell (Princess Anna) sing them superbly. You’ll be gripped by the melancholy “Do You Want to Build a Snowman” a song of one girls desire to play with her older sister. And then laughing along to “In Summer” about a snowman’s wish for warmer weather. I think a lot of us can relate to that right about now.

The sidekick and comic relief is Olaf the afore mentioned snowman, created by Queen Elsa, whose one dream is to frolic in the summer sun! He is a hit with kids and adults alike.

One thing I noticed in this film and the last ‘princess’ film Brave is the female roles aren’t the typical damsel-in-distress princesses. They don’t sit around waiting for a prince to solve the problem or win the day. In Frozen both girls are independent, determined and self-reliant. Anna rushes to help her sister and while she accepts the help of a man she doesn’t depend on it. As the father of a strong willed, adventure loving daughter it’s refreshing to see girls portrayed that way.

In the end Frozen is a wonderful story about love and self-sacrifice. Kids will want to see it again and so will you! It is visually stunning, well written and contains many memorable songs. They are sure to be remembered along with other Disney classics like “Bare Necessities,” “Hakuna Matata” and “Bibbidi-Bobbidi-Boo.”

I highly recommend Frozen! Grab your coat and hat and gloves and scarf and run out and see it now! You can watch the trailer below…