CD REVIEW: Dowry of a Troll Woman by Perkelt 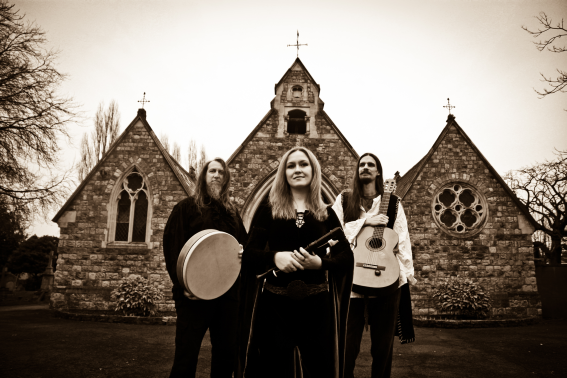 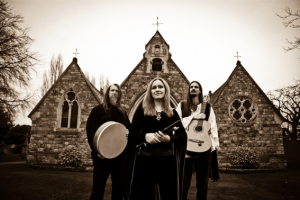 I’ve reviewed a few CDs on the website before. There was the Medieval Christmas CD and the Medieval folk rock metal band out of Poland.

Today I’m reviewing the CD Dowry of a Troll Woman by the band Perkelt hailing from the Czech Republic and recently relocated to the United Kingdom. They bill themselves as Celtic Medieval Speed folk music. Perkelt is fronted by award winning vocalist and musician Pavlina “Paja” Bastlova, she is joined by classical guitarist Stepan Honc. Paja and Stepan are original members of the band and for their third CD they are joined by new band member percussionist Will Connor.

The CD starts out strong with Velt Leen, an original song from the band. From the start you get feel for the ‘speed’ in Celtic Medieval Speed folk music. It’s fast moving, but completely enjoyable. Don’t let the ‘speed folk’ throw you off, this CD is outstanding and I think the speed folk is part of the reason. The songs aren’t your normal slow sleepy medieval folk songs, they are energized in a way I haven’t heard before. But it’s not all fast, toe-tapping get-up-and-dance music, there’s some slower toe-tapping get-up-and-dance music too.

Paja’s vocals are fantastic and effortless. I could listen to her sing all day! Stepan is an amazing guitar player and adds a great mix to the Celtic sound. Not to be left out is the percussionist, Will. If you ask me drums are the best instrument around and Will lends his talent by adding the right beat to round out each song.

Dowry of a Troll Woman consists of 9 songs, 2 original and 7 from medieval times. The song Herr Mannelig is the inspiration for the CD title. It’s an old Swedish folk song telling the tale of a troll woman that falls in love with a farmer. The Troll woman offers him riches and magic but the farmer refuses. Will he return her love? You’ll have to get the CD to find out!

I’ve had the CD for a week and I’ve listened to it over 7 times already! In the car, on the treadmill, the kids even love it! I would recommend you pick up this CD, you won’t be disappointed!

The song in the video below is If My Complaints available on the CD. You can find Perkelt on the web at http://www.perkelt.com/ or check out the Perkelt Facebook page.

Medieval Archives gives Dowry of a Troll Woman 4.5 out of 5 stars.

You can catch Perkelt live at the following locations:

Disclaimer: Medieval Archives received a complimentary copy of Dowry of a Troll Woman for review purposes
*Photo courtesy of Perkelt.com

1 comment on “CD REVIEW: Dowry of a Troll Woman by Perkelt”