Knights vs. Samurai: It’s the ultimate crossing of swords 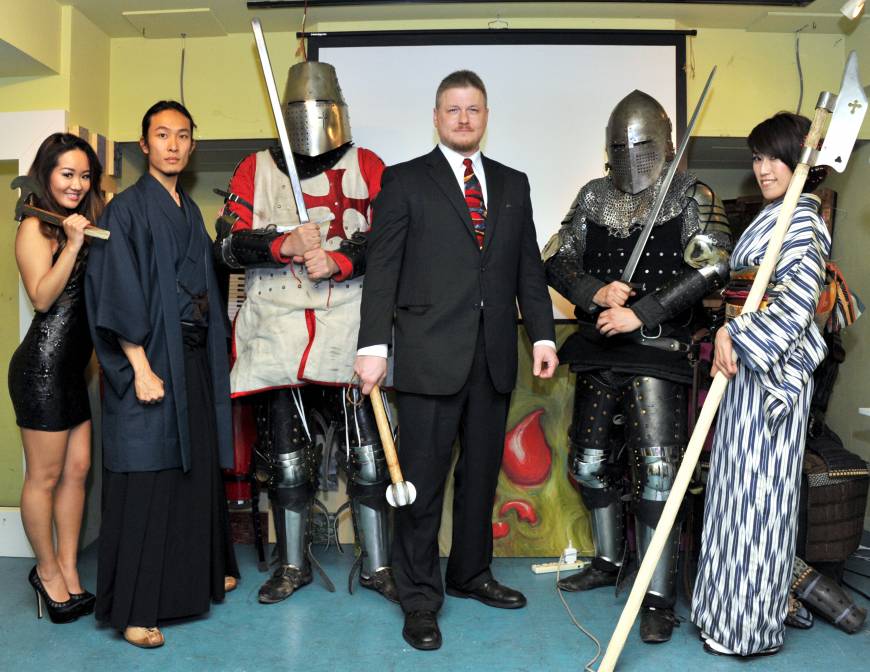 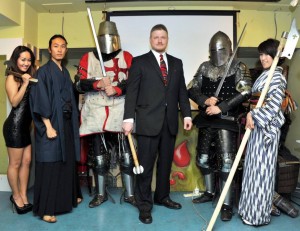 Every guy at some point in his life has likely fantasized about a hypothetical dream match — whether it be a bout between Muhammad Ali and Mike Tyson or sumo-champ Hakuho clashing with the great Taiho. Those who daydream even more imaginatively would probably pit Batman against Godzilla.

Jay Noyes, however, is about to take one of those “what-if” scenarios to another level. As the CEO of Japan Armored Battle League (JABL), he’s preparing the group for its inaugural event on Feb. 23. And it may put an end to the fantasy debate: What if a samurai warrior and a medieval knight fought each other with their own weapons? Who would survive the match?

“This is a full-strength, full-power battle. It’s hard-hitting,” Noyes, 45, explained to The Japan Times.

The JABL will feature fighters in feudal-era (1185-1573/1600) samurai armor, wielding swords against opponents fully-equipped as 15th-century European knights. Though the outfits are, of course, detailed replicas, nothing in the ring, stresses Noyes, will be staged.

According to Noyes, who also is a fighter, this Sunday’s event will be the first “authentic” medieval combat to take place in Japan, and quite possibly the first case in history when a samurai and a knight go head-to-head.

Historical medieval battles (known as HMB), for which participants don near-authentic period costumes and participate in unrehearsed fights, appear to have been gaining popularity over the past few years, particularly in Europe. And now, battlefield role-playing has enticed other kinds of people — a mix of martial arts and wrestling fans, not to mention enthusiasts of fantasy movies such as Peter Jackson’s “Lord of the Rings.”

1 comment on “Knights vs. Samurai: It’s the ultimate crossing of swords”