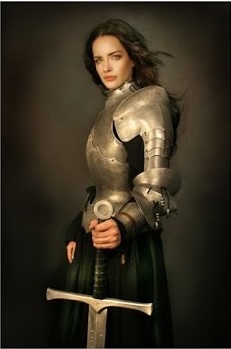 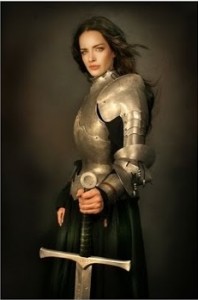 For the first time, two women are now free to whack each other with swords until one of them falls down in internationally sanctioned competition. This is progress.

The first such combat took place in Belmonte, a small town in Spain with a 15th-century castle, about 140 km (90 miles) east of Madrid. Sixteen countries in Europe, the United States, Japan and New Zealand sent teams. Some 10,000 people showed up to watch.

“We made history for all the women in the world,” longsword runner-up Aline Planchon of Belgium said after hugging her winning opponent, Suzanne Elleraas of the United States.

Medieval combat as an amateur sport has been gaining in popularity since it began in Eastern Europe some 15 years ago, according to the International Medieval Combat Federation, or IMCF, which sponsored the event in Belmonte. It sets rules and and specifications, such as the length of a longsword (115 cm, or 45 inches).

The IMCF says it is the world governing body for “full contact medieval combat”, a revival of “medieval foot-based tournament fighting”, not to be confused with medieval re-enactments or jousting. The combat features fighters wearing up to 30 kg (66 lb) of armour colliding on the battlefield.