Weapons that made Britain with Mike Loades 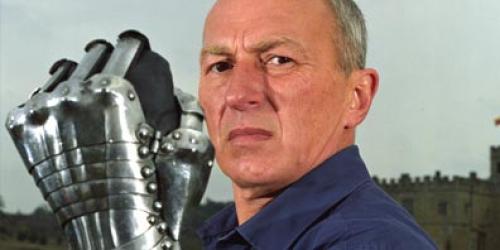 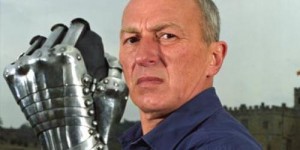 The 2004 documentary Weapons that made Britain is now available on YouTube. All five full length episodes are available to view.

Click on the Playlist link to watch all five episodes: https://www.youtube.com/playlist?list=PL33CD68D56EB96300

You can watch the first episode The Sword, below and read Mike Loades comments after the video.

Thanks to Randy at Tameshigiri.ca/ for the tip. Check out his fantastic website on all things swords! You can also find Tameshigiri on Facebook.

Weapons that made Britain: Sword

Many thanks to all of you who ‘liked’ yesterdays post announcing that someone had posted full-length videos of ‘Weapons That Made Britain’ on You Tube. Thank you also to those of you who took the trouble to comment with positive reactions. I’d like to clear up a couple of points.

These videos have not been posted by me and I am therefore not responsible for the video quality. Nor do i receive any money for them. They are somebody’s private recordings from a tv broadcast.

My hope is to persuade the broadcasters who own the series – channel 4 – to release the series on Netflix, so that people can watch it in better quality definition. It won’t be HD – because, when this series was filmed (2003) HD wasn’t being used. It would look a lot better than this though.

I’ve never been a great fan of the series’ title. Weapons don’t ‘make’ a country and ‘Britain’ is a post-medieval concept. However I wonder how many of my critics would have turned down the opportunity to make this series if the same title had been offered to them?

Clips from the series have been available on You Tube for years. This is the first instance I know about of programs being available in their entirety.

What will HELP in my seeking to get this onto Netflix (unlike dvds – no significant outlay for the broadcaster) is if we can show significant numbers of interested parties – so, if you do, please ‘like’ the individual programmes on You Tube.

It would also be enormously helpful to neutralise the very stupid and ignorant comments made there to have a few more positive ones.