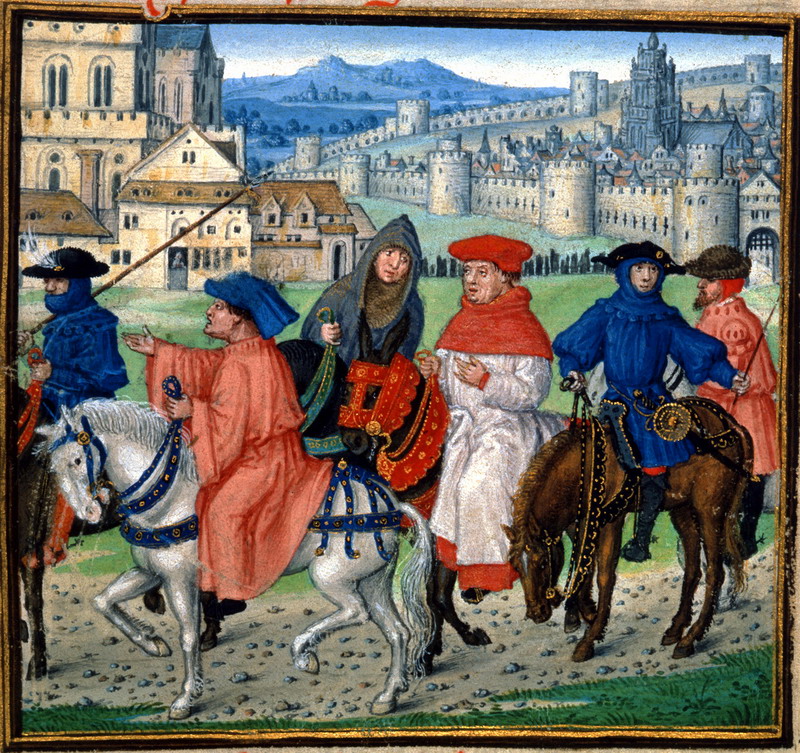 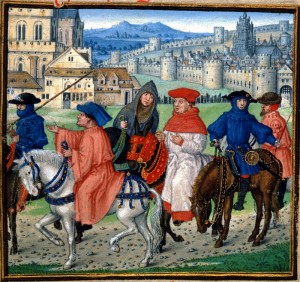 This past weekend The Rocky Mountain Medieval and Renaissance Association (RMMRA) held their 46th annual meeting. While not as big as the KZoo conference it allows for more interaction with the presenters both during the sessions and in between sessions.

The keynote address by Alice A. Bauer chronicled her personal journey in 2000 on the Santiago de Compostela pilgrimage. It was a fascinating story of her “…thousand-mile, sixty-seven-day journey walking from Le Puy en Velay, France to the tomb of St. James at Santiago de Compostela, Spain.” You can read the story in her book Casting Our Own Shadows.

Other sessions included “Werewolves, Monsters and Liminal Identities in George R.R. Martin’s A Song of Ice and Fire” by Casey Wynhoff, “The Conventions of Death: Chaucer, the Bubonic Plague, and the Use of Death in the Canterbury Tales” by Telsa Pelttzer and “Motivations for Pilgrimage in the Unfinished Canterbury Tales” by Paul Thomas. There was a session on teaching strategies and a session on using podcasts in the classroom hosted by the Footnoting History group. 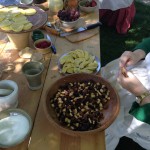 One of the highlights that everyone seemed to enjoy was the Stewpot Culinary Guild’s demonstration of Medieval cooking. And there were plenty of tasty treats to go around!

The organizers Kim Klimek and Todd Upton put together an excellent conference for all in attendance. Next year’s conference, in Cedar City, Utah coincides with the Utah Shakespeare Festival. Book your tickets now!