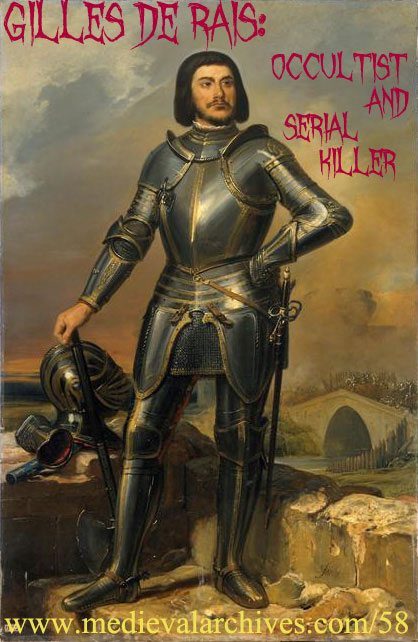 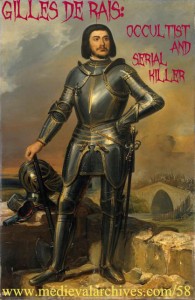 Gilles de Rais, an esteemed knight and the Marshall of France, who fought alongside Joan of Arc. Then he turned to the occult and tried to deal with the devil. Gilles isn’t remembered as a hero of France, instead he is remembered as a gruesome child murderer.

On today’s episode we are going to look at Gilles de Rais, a knight who fought alongside Joan of Arc and was her trusted adviser. He was granted the title of Marshal of France by King Charles VII for his loyalty and military victories. But as the Hundred Years War started to end he turned to black magic.

Gilles de Rais would stop at nothing to keep his wealth and gain more. He tried Alchemy to turn matter into gold, which lead to sorcery and summoning demons. Through it all he was a vile child killer, who killed so many children by his own admission he cannot count them all.

In his testimony de Rais confessed to beating, hanging and beheading children, and that was just the start! His crimes are so vile they will make your stomach turn.

Join us today on the Halloween episode of the Medieval Archives Podcast as we look at the valiant knight turned gruesome monster, Gilles de Rais.