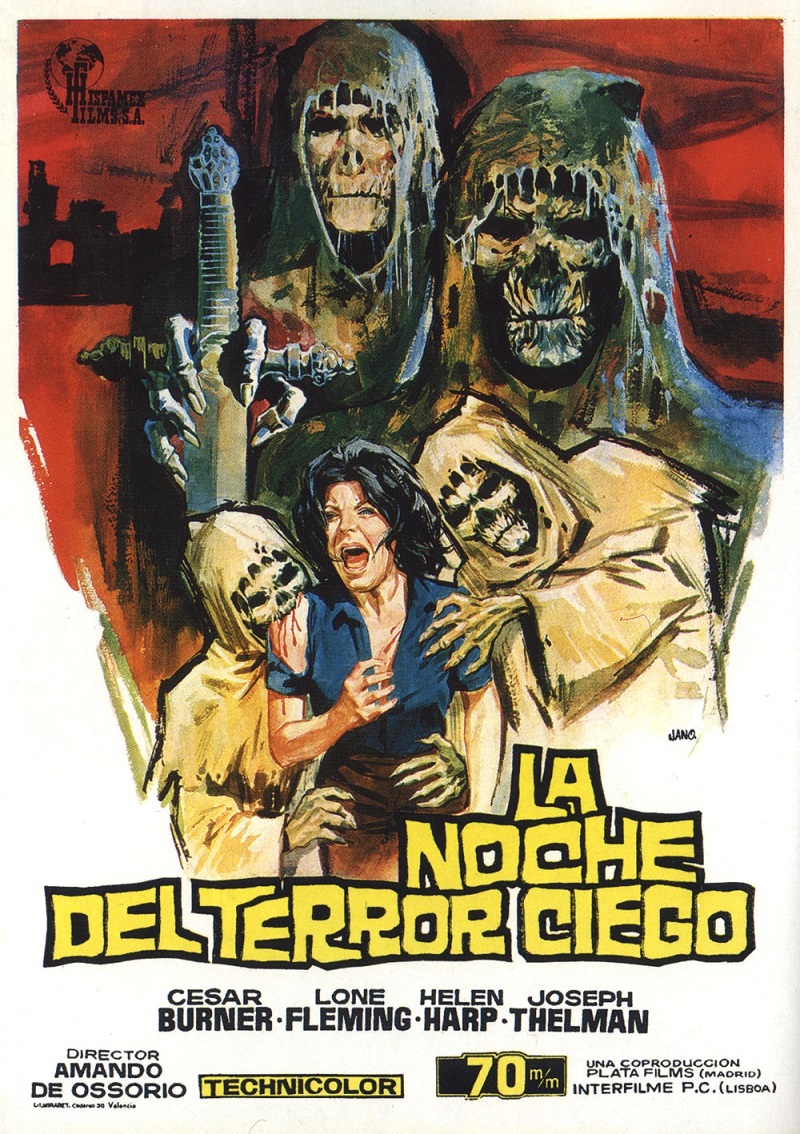 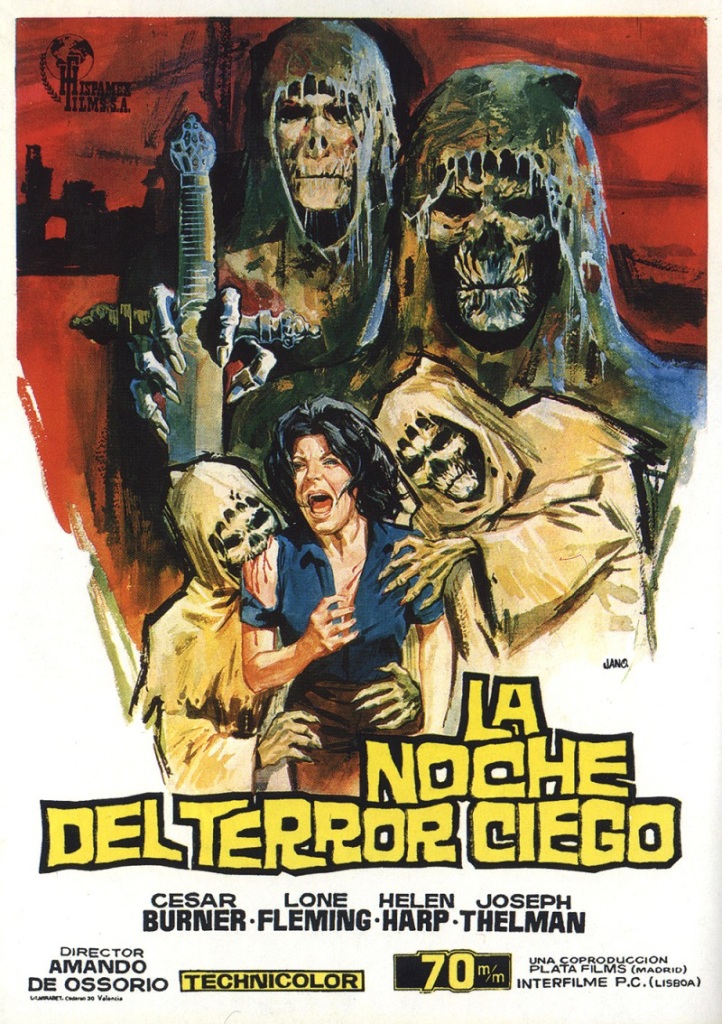 On Friday the 13th, 1307 thousands of Knights Templar were arrested on charges of heresy, devil worship and renouncing the cross. After years of imprisonment and torture, King Philip IV of France and Pope Clement began executing the Knights. By 1314 King Philip dissolved the order and the remaining members of the Knights Templar began to go underground.

There are lots of conspiracy theories involving the Knights Templar but it turns out they are all wrong. After the Knights were executed they reanimated and walked the Earth as revenants. Check out our podcast on Medieval Zombies and Revenants to learn more about the undead.

In the 1970s, Spaniard Amando de Ossorio created a series of movies based on the Knights Templar walking the Earth as undead. The first in 1972 was titled Tombs of the Blind Dead (La noche del terror ciego), here is the synopsis:

Tombs of the Blind Dead

In the 13th century there existed a legion of evil knights known as the Templars, who quested for eternal life by drinking human blood and committing sacrifices. Executed for their unholy deeds, the Templars bodies were left out for the crows to peck out their eyes. Now, in modern day Portugal, a group of people stumble on the Templars abandoned monastery, reviving their rotting corpses to terrorize the land.

Lock the doors, turn off the lights, ignore the creaking stairs and rattling door and watch the trailers and full movie below!

Tombs of the Blind Dead Trailer

Return of the Blind Dead Trailer

500 years after they were blinded and executed for committing human sacrifices, a band of Templar knights returns from the grave to terrorize a rural Portuguese village during it’s centennial celebration. Being blind, the Templars find their victims through sound, usually the screams of their victims. Taking refuge in a deserted cathedral, a small group of people must find a way to escape from the creatures.

The living corpses of the Satan-worshiping Knights Templar hunt for human victims in a 16th century galleon.

Night of the Seagulls Trailer

The Knight Templars return in this fourth installment of the Blind Dead series. On this outing, the Templars haunt a fishing village, where they rise seven nights every seven years to claim their sacrificial offerings in return for the safety of the townspeople.