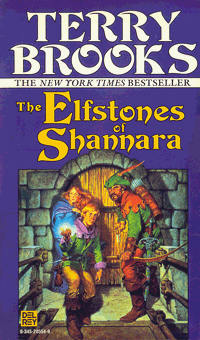 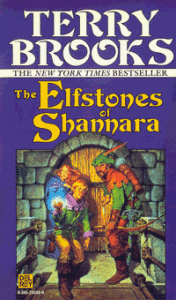 I am excited about this news! If you read the About Page then you know The Shannara series influenced my love of the Middle Ages. I’m looking forward to this series and hope they do it right!


The Shannara series first started in 1977 with The Sword of Shannara and encompasses multiple trilogies and a prequel, totaling 25 books. The Elfstones of Shannara, the second title in the series, published in 1982, spent 16 weeks on the New York Times best-seller list and is credited with cementing the series in the fantasy world.

MTV is moving forward with what it hopes will be its own Game of Thrones.

The younger-skewing cable network has picked up its adaptation of Terry Brooks’ Shannara straight to series with a 10-episode order, The Hollywood Reporter has learned.

Executives were pleased with the script from Gough and Millar, and Shannara bypassed the traditional pilot stage. Casting has not yet begun. Teenage Mutant Ninja Turtles’ Jonathan Liebesman will direct, taking over for Favreau, who had a scheduling conflict.

Liebesman will direct the first two episodes and also be credited as an exec producer. Gough and Millar will write and exec produce; Brooks, Dan Farah and Favreau will also exec produce.