I’ll Be King For Christmas: Medieval Coronations on Christmas Day

25 December 2014 Archivist Nobility Comments Off on I’ll Be King For Christmas: Medieval Coronations on Christmas Day 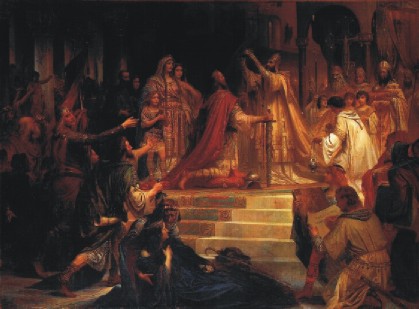 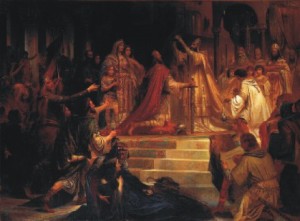 Crowning ceremonies have existed since Ancient Times and are even described in detail in two books of the Bible, Kings II and Chronicles II. It wasn’t until the Middle Ages that the coronations became commonplace as the the Kings were seen as ordained by God.

Perhaps one of the most famous Christmas Day Coronations is the coronation of Holy Roman Emperor Charlemagne. Charlemagne was crowned by Pope Leo III and the crowning ceremony changed it from a secular nature to one of divine right.

Continental Europe and the East