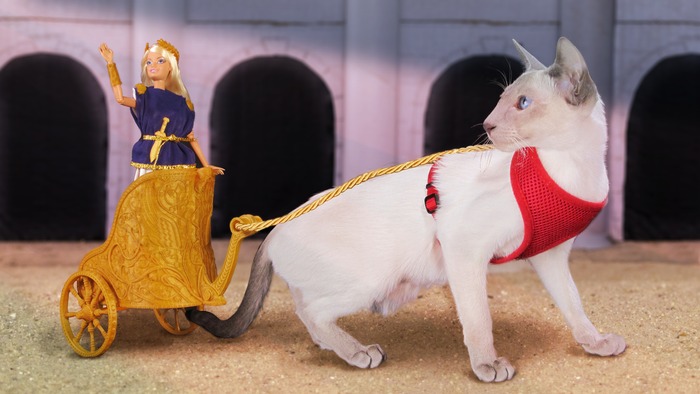 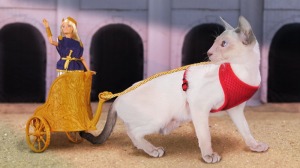 Everybody always makes a big deal about Barbie’s corvette, but who needs a corvette when you can have a golden chariot pulled by a cat! Cats people! (Cat not included)

Unlike the Medieval Barbie armor you don’t need a 3D printer to get the chariot. If you back the project at a high enough level Rodda will send you a printed chariot. There are a variety of backer levels from the $2 ‘Meh’ level all the way up to the $200 level which includes the chariot, a trident, Barbie gladiator armor, a net and so much more! The $75 level will get you the chariot and other awesome rewards.

Head on over to Faire Play 2: When in Rome on Kickstarter and watch the promo video and see more photos of the chariot and gladiator armor. 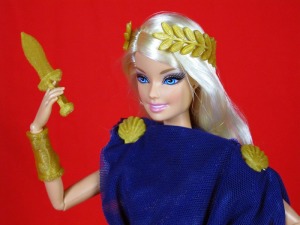