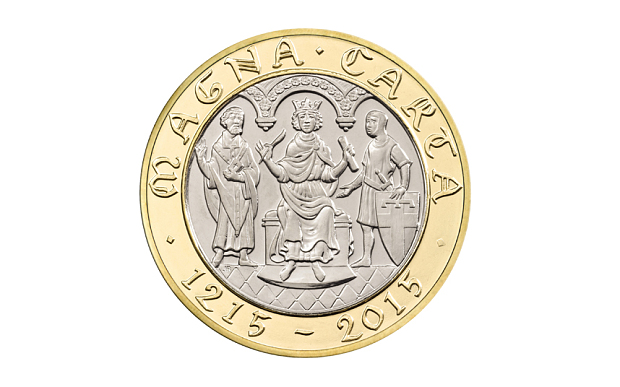 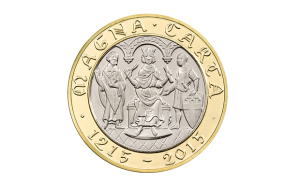 A historian has questioned the accuracy of a new £2 coin showing the signing of the Magna Carta, saying King John would have not have used a quill.

Dr Marc Morris, an expert in the Middle Ages, said experts at the Royal Mint made a “schoolboy error”.

The Magna Carta would have been ‘endorsed’ by King John of England at Runnymede, near Windsor, on June 15 1215, with a Royal seal, rather than with the stroke of a quill pen, said Dr Morris, who presented the Channel 4 show Castle

The charter enshrined that taxpayers had a right to be represented, the right to a fair trial and that nobody was “above the law”, even Royalty.

The Royal Mint commissioned the coin artist John Bergdahl to create the £2 coin to celebrate the 800th anniversary of the charter.

It is on sale for £10, complete with a ‘medieval inspired’ display mount and is a celebration of the “catalyst towards freedom for the ordinary man”.

Dr Morris, 41, the author of several books – among them The Bigod Earls of Norfolk in the Thirteenth Century and King John: Treachery, Tyranny and the Road to Magna Carta – said the coin was ‘historically wrong’.

He said: “To depict King John holding a quill is simply a schoolboy error.

“Medieval kings did not authenticate documents by signing them, they did it by sealing them – or rather by getting one of their officials to do it for them.

“All the pen in John’s hand symbolises is ignorance of this basic fact.”