28 May 2015 Archivist Entertainment & New Media Comments Off on Kickstarter: The Illuminated Edda 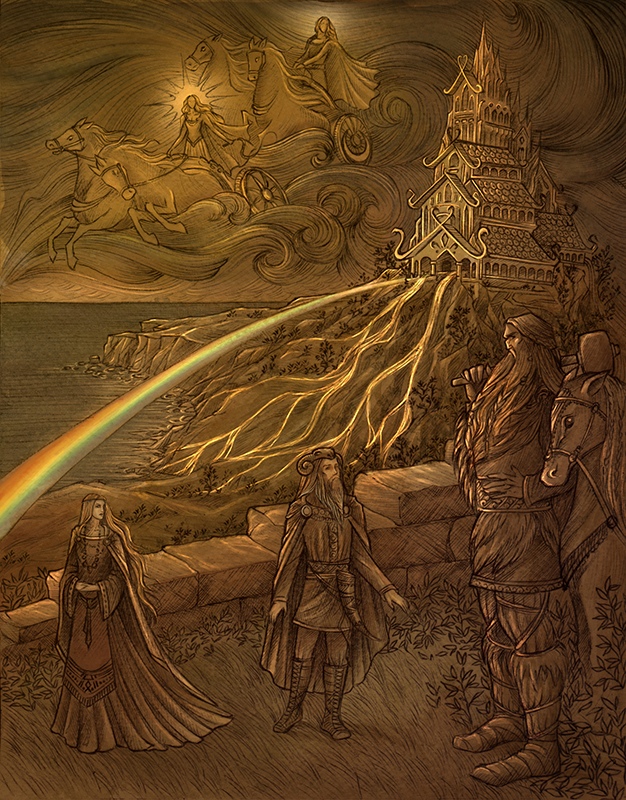 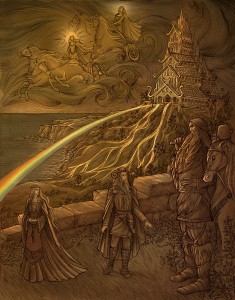 The Poetic Edda and the Prose Edda are the two sources for Norse Mythology. Everything we know about the Norse gods comes from these two sources.

Now in an excellent kickstarter project you can own an illuminated copy of them!

Creator Andrew Valkauskas has studied Viking history for over 20 years and uses his knowledge to create great Viking based Role Playing games. Now he creating an illuminated edition of the Eddas!

Here is part of the description from the Kickstarter page:

The Illuminated Edda is a faithful homage to both the Prose and Poetic Eddas. The narrative will retell the contents of both books, along with additional tales that fill in the many gaps that exist within the myths. Instead of a stuffy academic translation, you can expect entertaining contemporary language that grips you and doesn’t let go. The Illuminated Edda will contain beautiful full-colour artwork on each and every page. This book will tell the tales of the gods, the giants and many other wondrous beings who inhabit the world tree Yggdrasil- from the creation myths all the way to Ragnarok, the twilight of the gods.

There is still time to support the project and get some awesome rewards; advanced copies of the digital or print version and a complete boxed set which includes the author’s Viking RPG.

If you support at the ‘Hammer of the Gods’ level you get your very own, hand-crafted Mjolnir (that’s Thor’s Hammer)!

Head over to the kickstarter page and pledge your support now!