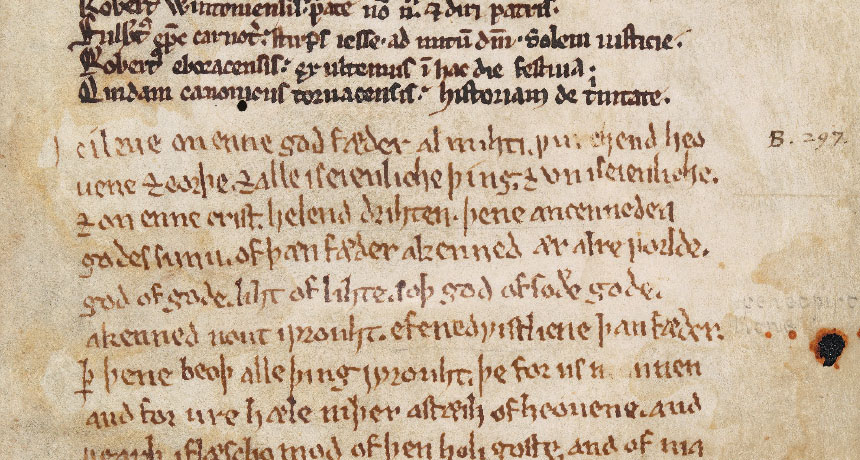 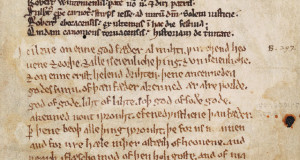 Scribes usually have pretty good handwriting. That’s not the case for one prolific 13th century writer known to scholars only as the Tremulous Hand of Worcester. Now scientists suggest the writer suffered from a neurological condition called essential tremor. Neurologist Jane Alty and historical handwriting researcher Deborah Thorpe, both of the University of York in England, made the retrospective diagnosis August 31 in Brain after studying the spidery wiggles that pervade the scribe’s writing. Essential tremor can cause shaking of the hands, head and voice and is distinct from other tremor-causing conditions such as Parkinson’s disease.

Here, the anonymous writer’s peculiar script is evident (lighter portion of text) in an early Middle English version of the Nicene Creed, a summary of the Christian faith. Buried in the manuscript are clues that helped the researchers conclude that essential tremor plagued the Tremulous Hand.