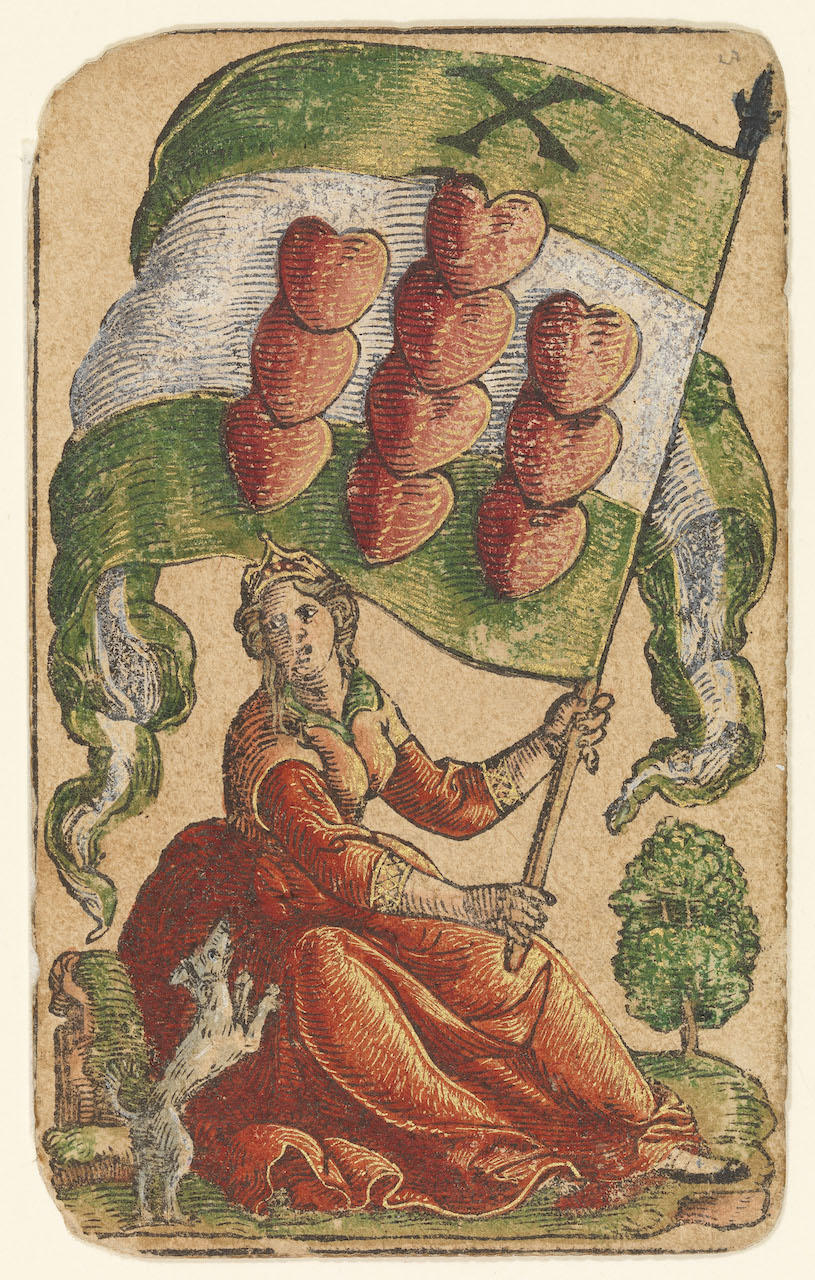 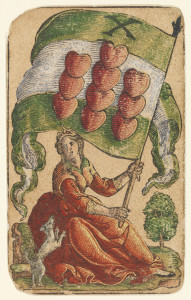 Playing cards arrived in Europe from Asia sometime in the 14th century, and by 1367 they had their first citywide ban in Bern, Switzerland. That their use, and the anxiety about gambling and idleness encouraged by these “picture books of the devil,” had already resulted in anti-gaming ordinances demonstrates how quickly the cards gained popularity in the Middle Ages. Few medieval playing cards survive, as they were tactile objects — shuffled, dealt, and traded until they deteriorated from touch. The World in Play: Luxury Cards, 1430–1540 at the Metropolitan Museum of Art’s Cloisters features rare survivors of this era, including the only known complete set of medieval hand-painted woodcut cards.

“In the late Middle Ages and early modern times, card playing was widely enjoyed at all levels of society, perhaps because it was more challenging than dice and other games of pure chance yet less cerebral than chess,” curator Timothy B. Husband of the museum’s Department of Medieval Art writes in the accompanying catalog from Yale University Press.

Those on view exist because they were made not for play, but as commissioned luxury objects. Hand-painted, decorated with rare pigments and silver and gold, their visuals focused on the monarchy and hunting. The Stuttgart Cards (Upper Rhineland, 1430) feature a 5 of Falcons with five tethered birds of prey, and a 4 of Hounds with four mastiff-like dogs straining at their leashes. The Ambras Courtly Hunt Cards (Upper Rhineland, 1440) have a detailed progression of a hunt, with the falcon that kills the heron, and the hound sent to retrieve the dead bird.