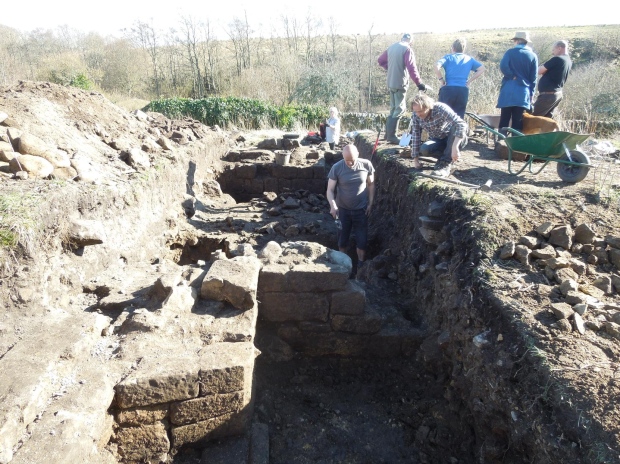 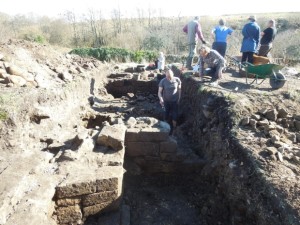 The Holystone History & Archaeology Group has been awarded grants from the Heritage Lottery Fund, Northumberland National Park and the Coquetdale Community Archaeology Group to fund their efforts at further discovery.

The group has spent years trying to pinpoint the exact whereabouts of the priory which existed from the 12th century until it was dissolved by Henry VIII in 1539. But following a ground penetrating radar scan last year by local firm, DeepScan, the group finally knew exactly where to dig and the first foundations were uncovered.

During the current dig, the group has already made some interesting discoveries. More of the medieval foundation walls have started to appear with some flooring as well. But the diggers have first had to dig through later remains of 18th century small dwellings which fell out of use by the early 20th century – and here they’ve found a complete kitchen range, including the family cauldron still in place.

The dig has again proved very popular with about 15 to 20 local diggers turning up everyday, plus many more visitors. The group is led by Richard Carlton, of Newcastle’s Archaeological Practice, who is delighted with the success so far.