Remains of medieval kitchen that served pilgrims discovered in Suffolk 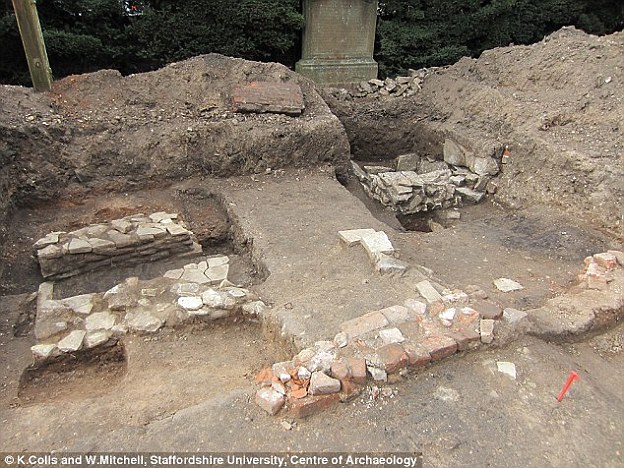 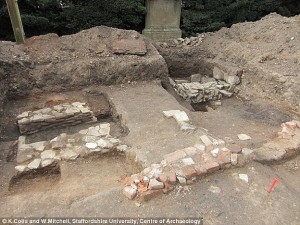 The remains of a medieval kitchen where cooks may have prepared meals for hungry pilgrims, has been discovered in Suffolk.

The rare 14th Century building was discovered on the site of Guildhall Feoffment School, which itself was built on an 11th century road system in Bury St Edmunds.

While the flint and mortar outline of the cold store or kitchen building was uncovered, it’s thought the kitchen was originally made of timber with a tiled floor and roof.

Robert Brooks, Project Officer at the site, told MailOnline: ‘The theory that the stone foundations are the remains of a kitchen or possibly a cold food store is not based on any particularly strong evidence.

‘It is hypothesised that the walls might have been a kitchen simply because the foundations represent a building that was not clearly connected to a house.

‘This sort of layout was a deliberate tactic used to minimise risk to the house from the fires in a kitchen, particularly for buildings of this age.’

The building unusual find in the town, as many contemporary structures had less substantial foundations and as a result have not survived.