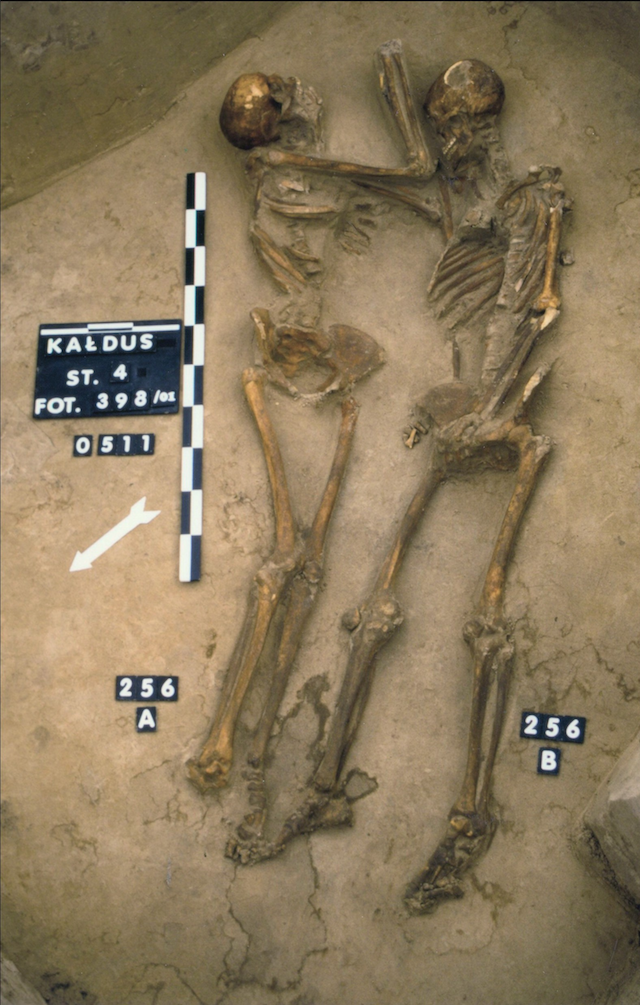 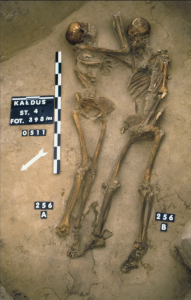 Archaeologists excavating a Medieval cemetery site in Kałdus, Poland, recently discovered hundreds of graves — among them, they found 14 anti-vampire burials. Some of these people were decapitated, others buried face-down, and still more were weighted down with stones. One of the major theories about ancient “vampire” graves is that people buried in this way were unhealthy or disabled, causing their compatriots to treat them differently in death because of their physical differences in life. A team of researchers set out to investigate diseases apparent on the bones of these 14 so-called vampires.

The cemetery at the site – which was known as Culmen in Latin — saw its first burial at the end of the 10th century AD. Culmen eventually became one of several capitals of Poland in the Medieval period, but it was burned to the ground at the beginning of the 13th century by the Teutonic Knights. Over 1,000 graves were found in the cemetery, which was excavated by a team of archaeologists under the supervision of Wojciech Chudziak from Nicolaus Copernicus University, and 14 of them showed evidence of “anti-vampire” practices.

Vampire graves have been of particular interest to archaeologists and the public recently because of their strange nature. The burial practices undertaken to “cure” vampirism include special attempts to prevent the deceased from roaming the earth: sickles around the neck, decapitation, prone burial, and heavy stones placed on the body. While some scholars call these “vampire” graves, referring to the supposed nature of the occupant, others call them “anti-vampire” burial practices, referring to the burial treatment given to the person.