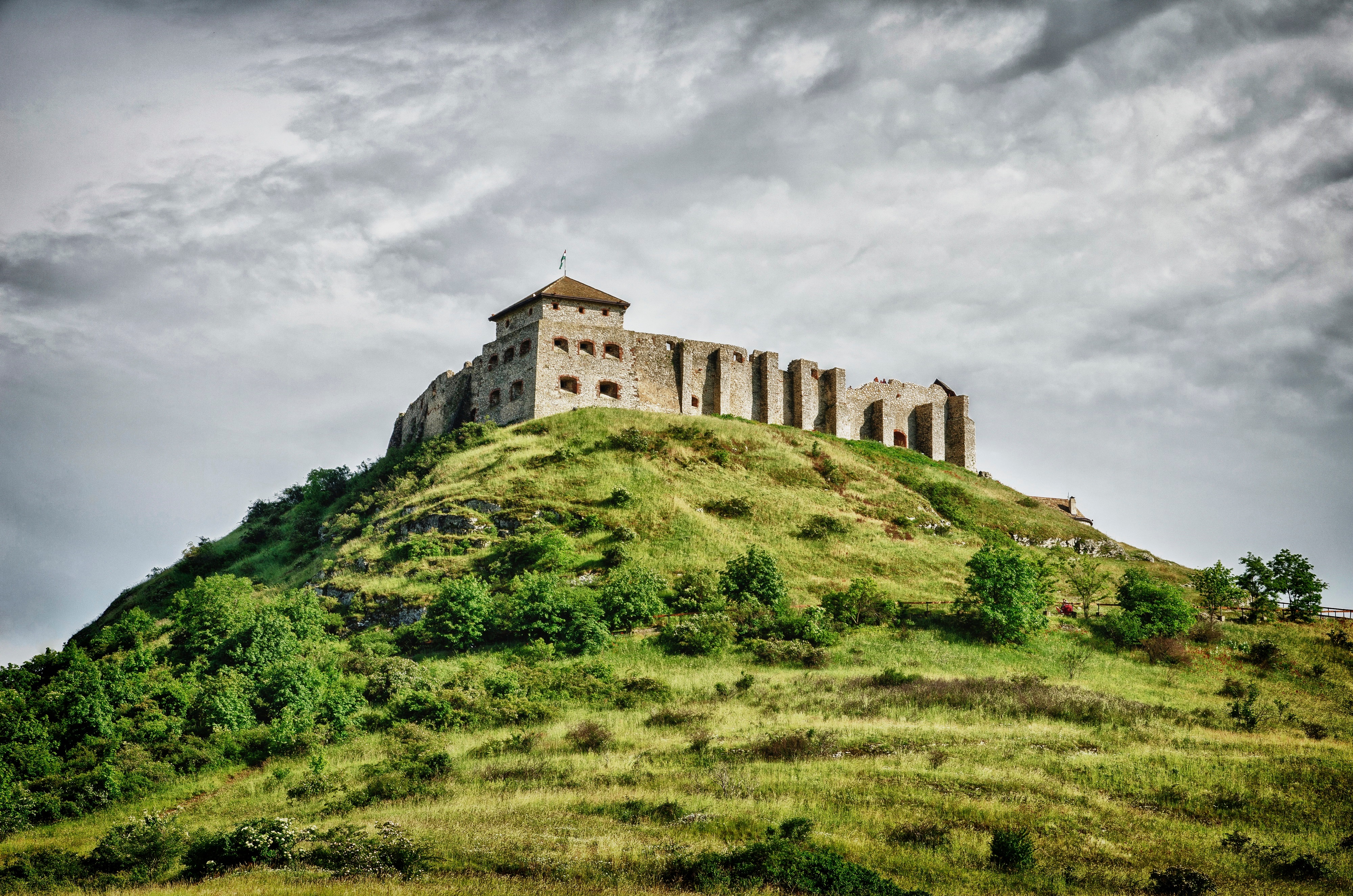 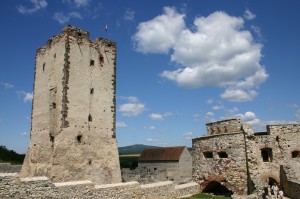 Kinizsi Castle is a 14th century fortification, located in the village of Nagyvázsony in the Veszprém county.

The castle was named after Pál Kinizsi, a Hungarian general in the service of King Matthias Corvinus. He was the Count of Temes from 1484 and Captain-General of the Lower Parts. He is famous for his victory over the Ottomans in the Battle of Breadfield in October 1479.

Buda Castle is the historical castle and palace complex of the Hungarian kings in Budapest, and was first completed in 1265.

Buda Castle was built on the southern tip of Castle Hill, bounded on the north by what is known as the Castle District (Várnegyed), which is famous for its Medieval, Baroque, and 19th-century houses, churches, and public buildings.

The first royal residence on the Castle Hill was built by King Béla IV of Hungary between 1247 and 1265.

Boldogkő castle is a medieval fortified palace built high up on a hill, overlooking the Borsod-Abaúj-Zemplén region.

Construction began around the 13th century, having been through various stages of renovation and additions over the centuries.

In the beginning of the 14th century the castle was occupied by Aba Amadé, then it belonged to King Károly (Charles) Anjou. During the middle age among others the nobel families Bebek and Czudar possessed the castle.