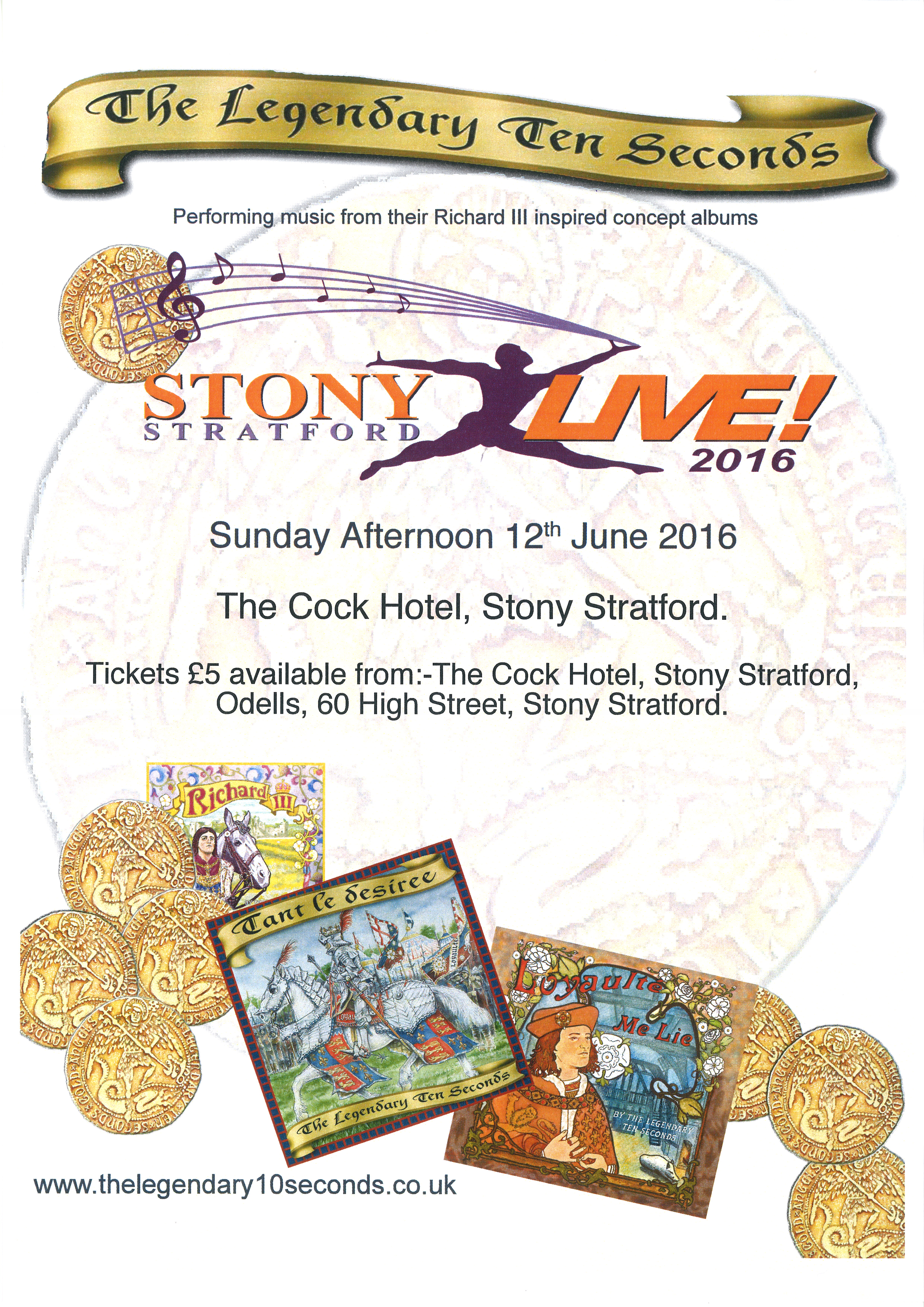 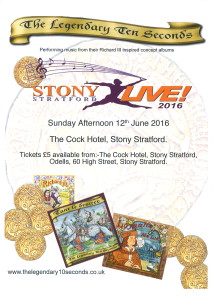 Also Susan Bounaparte’s Loyalty Binds Us (www.loyaltybindsus.co.uk) stall will be selling Wars of the Roses Merchandise.

The Legendary Ten Seconds will perform a selection of songs from their albums, Loyaulte me lie, Tant le desiree and Richard III.

The Legendary Ten Seconds from Torbay are:

Tickets cost £5 and can be purchased from the Cock Hotel and Odell’s in Stony Stratford, The Legendary Ten Seconds telephone 07768192877 or Lord Zarquon’s website: http://lordzar.co.uk/LTS/acoustic-live.html

The Legendary Ten Seconds started as the solo music project of Ian Churchward in 2005. Since then Ian has been joined by Lord Zarquon and Rob Bright. For the last few years they have been recording and performing songs about the life and times of Richard III in an English folk rock style. They have been donating money to a scoliosis charity from the sale of their music. The band are currently working on a fourth Ricardian album which will be called Sunnes and Roses

From the website of the USA branch of the Richard III society:

Ian Churchward of the Legendary Ten Seconds said that Stony Stratford is a significant location for anyone who is deeply interested in Richard III as this was where Richard ( who was then the Duke of Gloucester ) took control of the uncrowned Edward V.

The Cock Hotel was a 15th century coaching inn which is situated in the picturesque Market Town of Stony Stratford. The Cock rose to national pre-eminence in the great age of coach travel with as many as 100 coaches a day coming into the Town. The Hotel was the official staging post for the famous Manchester Flier. An original timetable shows that the Flier left London at 8.30am, arriving in Manchester at 5.10am the next day with a 25 minute stop here at the Cock for dinner. Other travellers staying at the Hotel and the adjacent Bull vied with each other in the telling of outrageous tales of the road from whence the famous phrase a Cock and Bull Story derives.