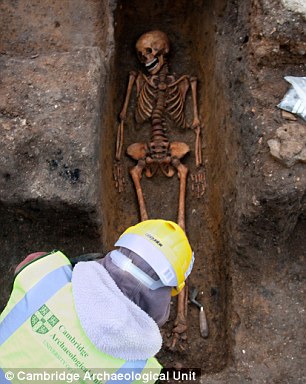 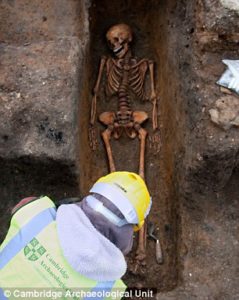 More than 25 skeletons have been unearthed by archaeologists investigating the site of a medieval friary in the centre of Cambridge.

Archaeologists say the skeletons are in good condition and they expect to find as many as 40 in the coming weeks.

The discovery was made in the university’s New Museums site, which is about to undergo a major redevelopment.

Site director Craig Cessford said building work through the centuries has left a number of skeletons “chopped through”.

He said: “The bones are really perfectly preserved apart from where early 20th Century foundations have chopped through them so in places you’ll only get half a body.

“Even when the friary was in use they sometimes chopped through the burials – so it’s not just in the modern period that the skeletons have been disturbed.”

The Augustinian friary was founded in 1290 but fell victim to the dissolution of the monasteries in 1538 under Henry VIII.