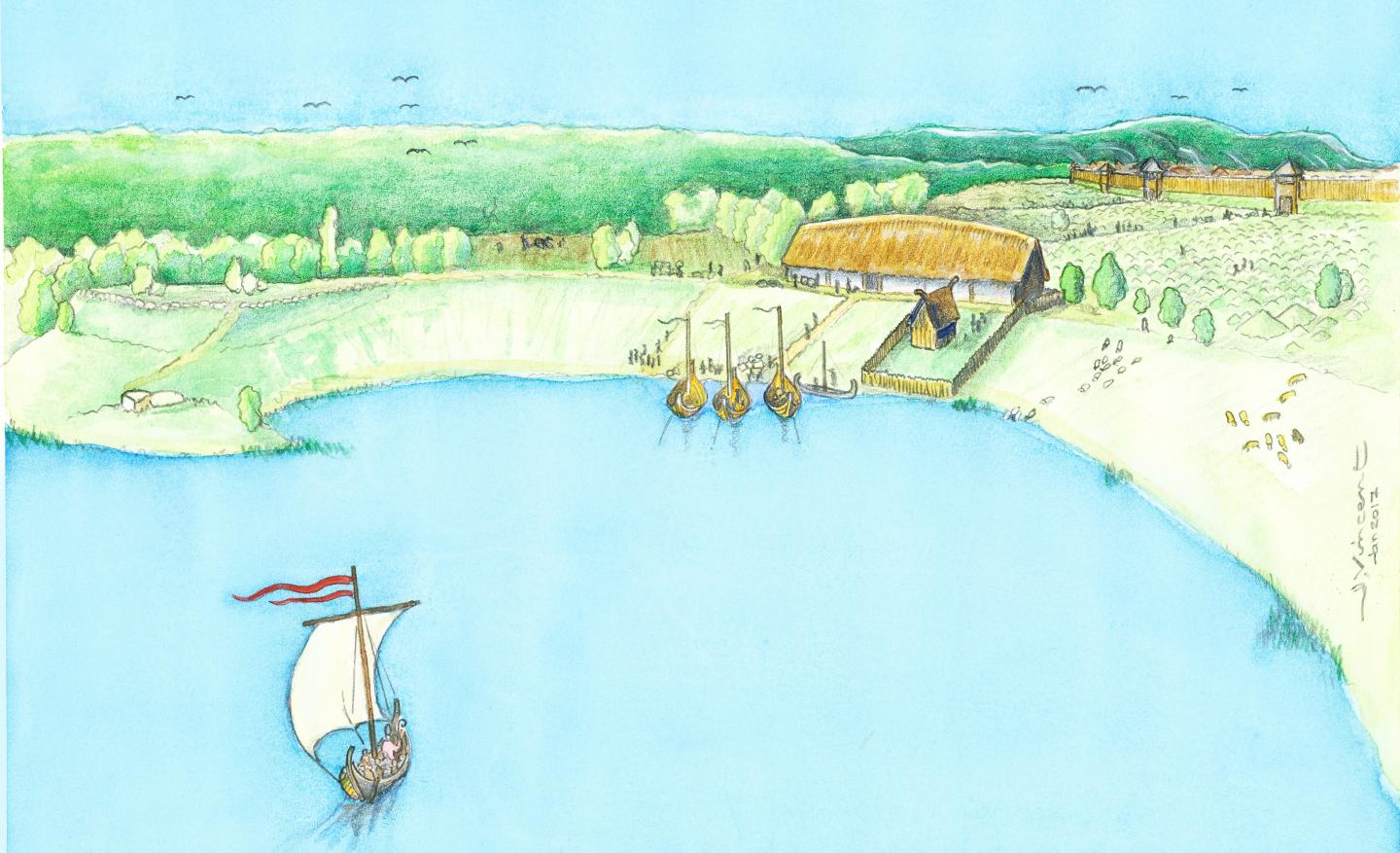 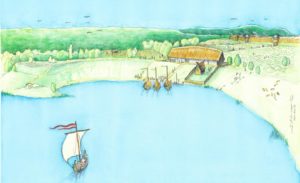 During spring of 2016 a number of large presumed house terraces were identified by the authors at Korshamn. As a consequence high resolution geophysical surveys using ground-penetrating radar were carried out in September 2016.

Korshamn is one of the main harbour bays of the island of Björkö, situated outside the town boundaries of the Viking town of Birka. The survey revealed a major Viking period hall on the site, with a length of around 40 meters. Based on the land upheaval the area of the Viking hall can be dated to sometime after 810 AD. The hall is connected to a large fenced area that stretches towards the harbour basin.

“This kind of Viking period high status manors has previously only been identified at a few places in southern Scandinavia, for instance at Tissø and Lejre in Denmark. It is known that the fenced area at such manors was linked to religious activities” says Johan Runer, archaeologist at the Stockholm county museum.

During the survey a predecessor for the Viking Age manor was also identified at the site: a high status manor that existed during the Vendel period, prior to the establishment of the Viking Age town of Birka.

Both the identified buildings and their continued use from the Vendel period to the Viking Age correlate well with the “ancestral property” of Birka’s royal bailiff Herigar as mentioned in Rimbert’s Vita Anskarii. Herigar was Christianized by Ansgar, archbishop of Hamburg-Bremen, during his first mission c. 830 AD, and he built the first church on his land.