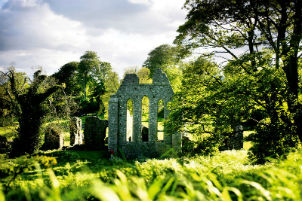 From the Tollymore Forest to the Marble Arch Caves, Ireland is the Seven Kingdoms! To explore the world of Westeros you only need to travel as far as Ireland. Ireland boasts more Game of Thrones locations than any other country in the world! While your waiting for the new season of Game of Thrones to start check out this 3 day itinerary and then book your trip to the real world Westeros! 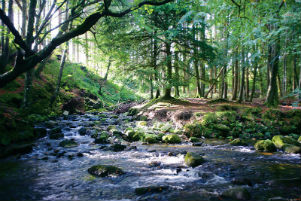 We’re throwing you in at the deep end – Tollymore Forest Park is home to magnificent red woods, centuries-old stone structures and the forbidding White Walkers. Known as the Haunted Forest in Westeros, this expanse of wild woodland is where we first came face-to-face with the cold-blooded creatures. It’s also where the Starks encountered their newborn direwolves for the first time. Seek out treasures of your own in the mossy glow of these ancient trees – but be on the lookout for any blue eyes watching you from the gloom…
(Stop over at the quirky Olive Bizarre in Newcastle, and grab a baked creation to start your day out right.)

Monastic ruins with a view

Inch Abbey has quite the history – not only is it a beautiful Cistercian Abbey founded in 1180, it’s also where the War of the Five Kings began. The houses of the North took up the cry of “the King in the North!”, after learning of Ned Stark’s death, spurring his son Robb on to war. Sitting beside the gushing River Quoile, on a clear day you can see Downpatrick Cathedral from the abbey, where St Patrick is said to be buried.
(From one legend to another, stop over at the St Patrick Centre in Downpatrick to uncover the saint’s fascinating history.)

Where the robin rests 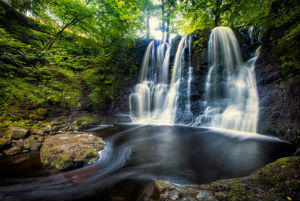 Over millions of years, the Glens of Antrim took shape when Ice Age glaciers carved the landscape into a series of valleys and hills, creating a rich land that is now dotted with pretty villages and areas of incredible natural beauty. Glenariff, a valley of tumbling waterfalls and twinkling forest canopies, is the filming location for Runestone in Game of Thrones®. This is where Lord Yohn Royce takes Robyn Arryn, the Lord of the Eyrie, in order to raise him as his ward and where Santa Stark and Littlefinger watch his attempts at duelling.

The secret shadow in the Stormlands 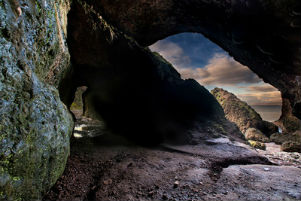 The Cushendun Caves are over 400 million years old. Found along the Antrim coastline, near the cosy village of Cushendun, they look out over the stony beach and the turbulent sea. In Westeros, these caves are the site of a dark crime. This is where Melisandre summons her shadowy demon beneath Renly’s Camp, in order to murder Stannis’ brother in the name of the Lord of Light.
(If you have more time, Call into the Corner House in Cushendun town for a warming lunch to refuel after a morning of exploring the caves.)