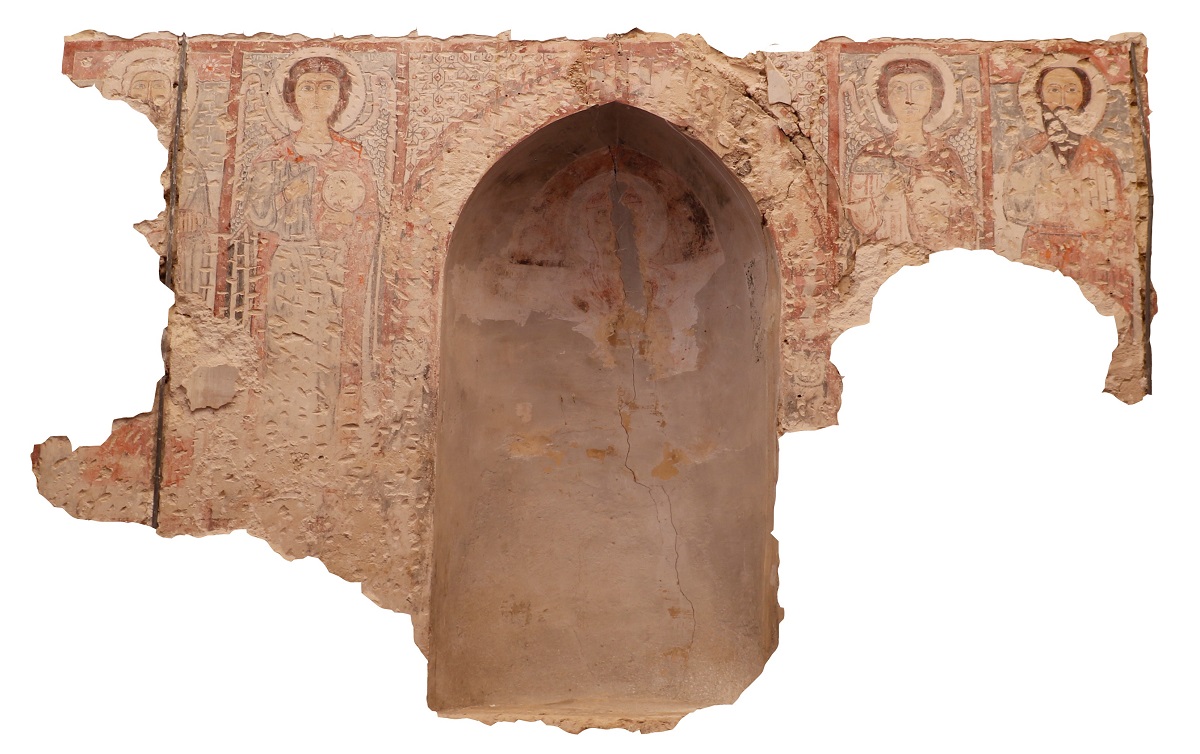 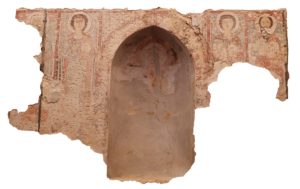 Restorers working at the Monastery of St. Bishoy in the Wadi El-Natroun area have uncovered a number of medieval-era wall-paintings and architectural elements in the monastery’s old church.

He explained that the paintings date from between the 9th and 13th centuries AD, which will help archaeologists to determine the original architectural style of the church and the dates of its construction.

According to historical books and religious documents, he said, the church was subjected to changes and modifications in its architecture in 840 AD, during the Abbasid era, and in 1069 AD, during the Fatimid caliphate.

Ahmed El-Nemr, a member of the ministry’s scientific bureau, said that the newly discovered wall-paintings are frescoes, and depict scenes of saints and angels with Coptic religious inscriptions below.

“The most distinguished paintings are those on the western and eastern walls of the church,” he said, describing the painting on the western wall as showing a woman named as Refka and her five sons, who were martyred during the persecution of Christians by the Roman empire.

The painting on the eastern wall depicts three saints and an archangel, and features Coptic writings below.