Knightfall is coming to HISTORY 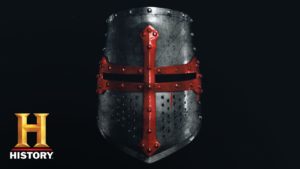 The HISTORY Channel picked up Knightfall in January 2016 and ordered 10 episodes straight to series.

Knightfall is a scripted series following the raise, fall and persecution of the Knights Templar. Currently the series is listed as ‘Coming Soon’ on HISTORY’s web page. It’s expected to air in Fall 2017. Historian and podcast guest Dan Jones served as historical consultant for the series.