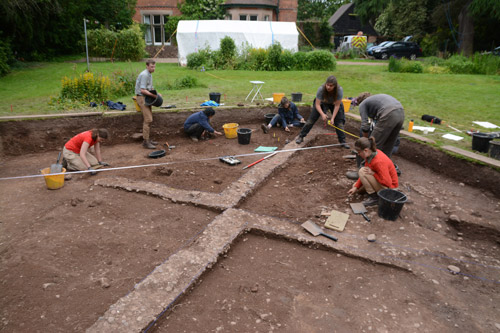 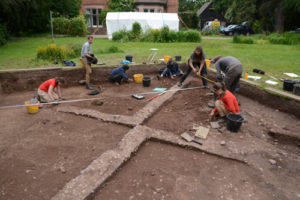 Workshops from a Viking camp dating to the winter of 873-4, have been unearthed by a team of archaeologists from the University of Bristol.

The campsite, located in the small Derbyshire village of Repton, has been known since the 1970s, but these new discoveries have found evidence over a much larger area, for workshops and ship repairs.

The results will be aired on Digging for Britain on BBC Four at 9pm (GMT) on Wednesday, November 22. The series is presented by former University of Bristol academic Professor Alice Roberts.

According to the Anglo-Saxon Chronicle, in 873, the Great Army ‘moved from Lindsey to Repton and there took winter quarters’, expelling the Mercian king Burghred, and annexing his kingdom.

The choice of Repton was partly because of its location on the river Trent, but also the location of a monastery that housed the remains of several Mercian kings.

In 1975, archaeologists, led by Professor Martin Biddle and Birthe Kjølbye-Biddle, uncovered a ‘D’ shaped enclosure on the banks of the Trent, covering around 1.5 hectares that was thought to be the Viking camp.