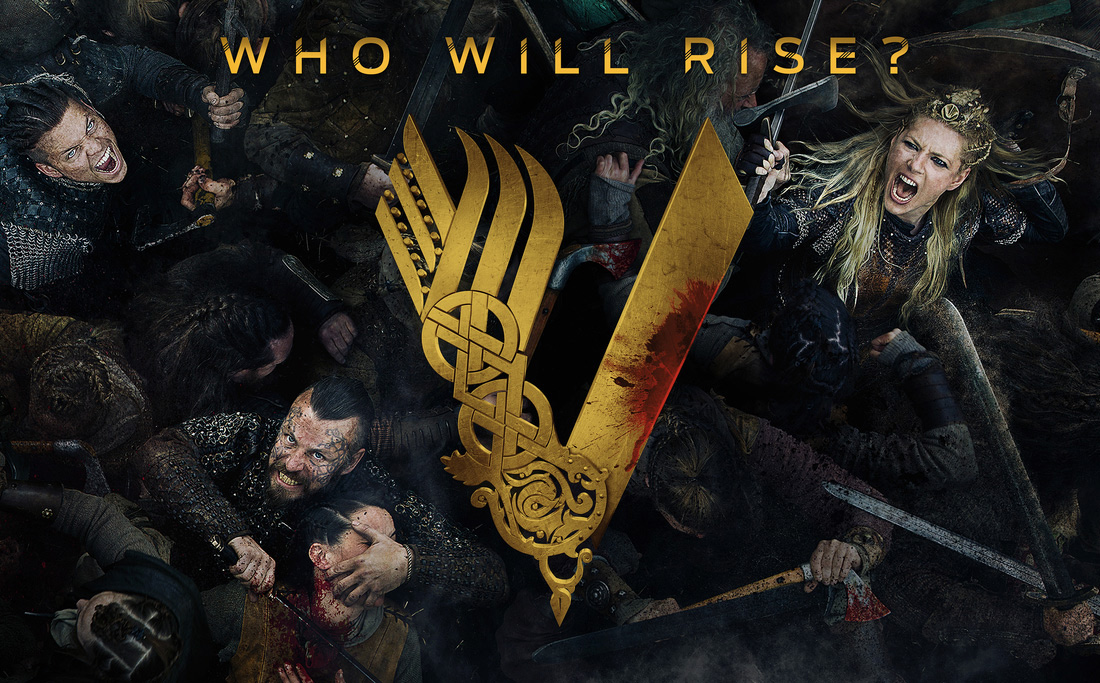 Vikings returns tonight for Season 5! This season promises to be one of the best yet. Season 4 was filled with all kinds of surprises and twists. Now we’ll see how the Vikings respond to the massive changes that unfolded.

Season 5 also introduces a new character, Bishop Heamund, played by Jonathan Rhys Meyers. He may be best known, at least in the medieval realm as King Henry VIII in The Tudors. In Vikings he travels back in time to play a warrior monk in 10th century Wessex.

Vikings airs on HISTORY at 2100 ET with a two hour premiere.

Season 5 Synopsis:
Season five begins with Ivar the Boneless asserting his leadership over the Great Heathen Army, while Lagertha reigns as Queen of Kattegat. Ivar’s murder of his brother Sigurd sets the stage for vicious battles to come as Ragnar’s sons plot their next moves after avenging their father’s death. Bjorn follows his destiny into the Mediterranean Sea and Floki (Gustaf Skarsgård) who is suffering from the loss of his wife Helga, takes to the seas submitting himself to the will of the Gods. Additionally, Jonathan Rhys Meyers joins the cast as Bishop Heahmund, a fearsome warrior who passionately defends both his faith and his King.

Enjoy the trailer and character bios below…