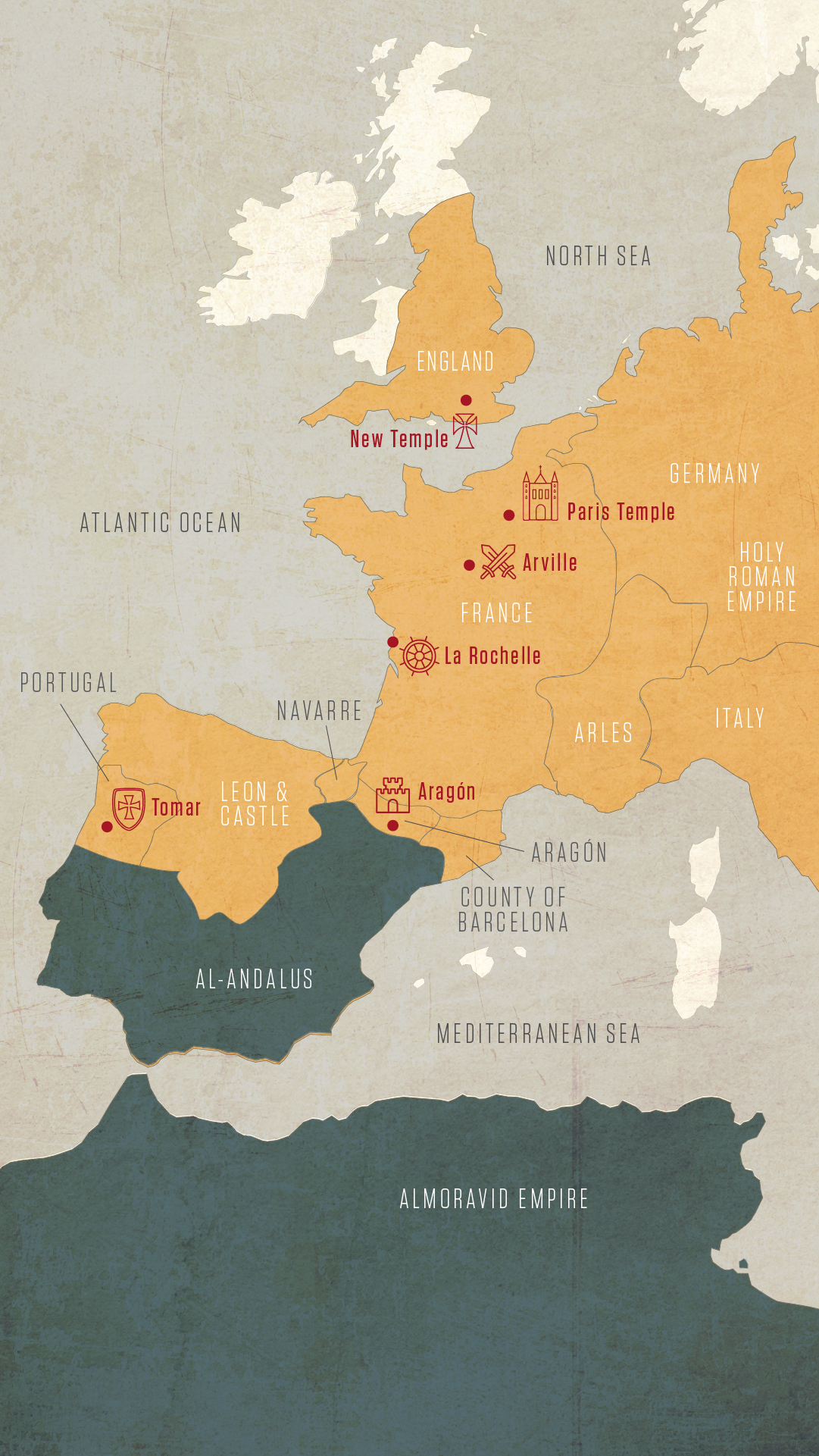 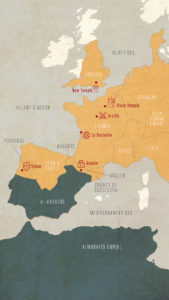 In preparation for the upcoming show Knightfall, HISTORY has released a map of some of the top Templar sites in medieval Europe.

One of the key Templar ports on the Atlantic coast, La Rochelle was the site of a persistent Templar legend, in which nearly a dozen ships carrying Templar treasures—and knights—fled from the port just before France’s King Philip IV announced charges against the order in October 1307.

One of the most significant Templar sites in western Europe, London’s New Temple served as the order’s headquarters in England. Its consecration in 1185 was attended by both King Henry II and Heraclius, the Patriarch of Jerusalem. A monument outside the Church honors one of the most important Templar symbols—two knights astride on the same horse, as seen on their medieval seal. 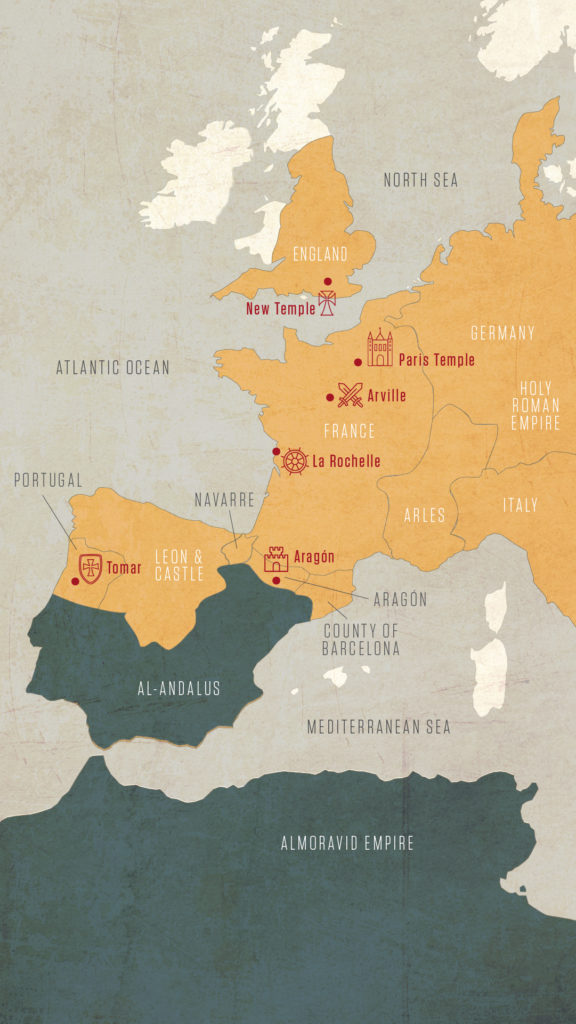